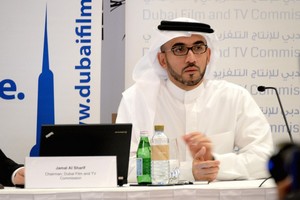 The Middle East film and TV industries need more film incentives, a bigger talent pool and a reliable TV ratings system in order to be able to compete on an international level, according to a white paper released at DIFF this week.

Commissioned by the Dubai Film and Television Commissions (DFTC), the paper identified several production hubs in the region – including Morocco, Egypt, Lebanon and the UAE – but found that Arabic-language content production is still far below its fullest potential.

Between 2005 and 2010, the Middle East and North Africa (MENA) region, contributed only 0.72% of the films produced in the world (215 out of 29,965). The report also found that MENA film and TV production as a percentage of GDP is half that of the Portuguese-speaking world and a quarter of Turkish-speaking countries.

DFTC chairman Jamal Al Sharif said that, although Dubai has been a regional trailblazer with the launch of new sound stages, a film commission and informal incentives, there’s still work to do: “We acknowledge that gaps remain in areas such as production of Arabic content, providing access to talent and audience measurement and steps are already being taken to improve these.”

Those steps include the release of the first annual report of TV audience figures, which was released by TView in November. Earlier this week, Al Sharif said the DFTC is working on initiatives to accommodate the needs of freelancers and improve access to qualified crew.