The use of fiscal incentives – i.e. tax shelters, rebates, or tax credits - to stimulate greater levels of production in the film and audiovisual industries has become a popular policy tool in Europe and worldwide in recent years. How effective are fiscal incentives in reaching this goal? What are their impacts on the industry and beyond? These are some of the questions addressed by the report that has been written by Olsberg•SPI for the European Audiovisual Observatory, part of the Council of Europe in Strasbourg. 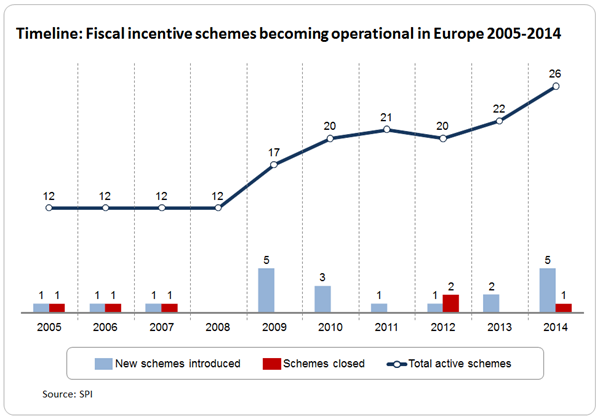 Among newly introduced schemes there is a distinct preference for rebate-style structures over the more traditional tax shelter. Of the seven entirely new, permanent incentive systems for film production introduced in Europe between 2010 and 2014, six were structured as rebates, with only one taking the form of a tax shelter. In conjunction with the addition of new structures, there is also a trend towards more frequent adaptation and updating of existing systems. This can take several forms – for example in the UK, the incentives have been expanded to new sectors such as video games, while in Belgium rates of return and certification procedures have been altered to address operational concerns. In Italy, the tax credit system initially established on a yearly basis was made permanent in 2013. France has recently up-graded its tax credit schemes in order to make them more attractive for producers and with specific measures related to animation and co-production of TV programmes.

Fiscal incentives boost production levels
The report finds that an immediate impact of the introduction of a fiscal incentive in most countries is an increase in production levels to a point where full (or almost full) capacity utilisation is reached. The effect of using up spare capacity delivers various economic benefits and improves productivity. Conditions of full capacity might however put pressures on costs of production. Therefore any new fiscal incentive scheme should be accompanied by strategies to increase capacity in crew and infrastructure. 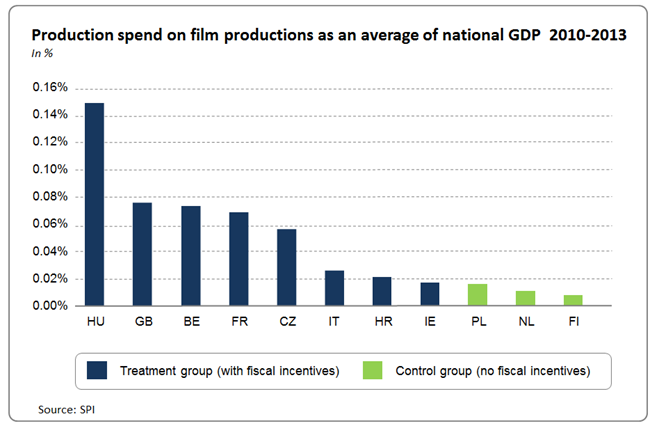 Impacts on employment
The data examined – in conjunction with the consultation process – suggests that there has been strong jobs growth in response to the introduction of an incentive. An example of this is in France, where the most recent EY survey published by the CNC evaluating the various incentive schemes shows a 38% increase in film sector employment since 2004, and a 27% increase in the television sector.

There is also evidence that establishing an incentive, and the consequent increase in capacity utilisation, has the effect of attracting a mobile workforce from adjacent countries. This improves their experiences of production in different countries and generally contributes to the development of greater skills.

Fiscal incentive schemes are generally complementary to direct funding
In some cases producers’ associations have expressed concern that the introduction of a new incentive in a particular country will automatically be accompanied by a corresponding reduction in currently available direct funding. There is little evidence of this actually happening. In general, fiscal incentives fit well alongside other support initiatives and in most countries do not have the effect of reducing or inhibiting other funding sources.

Other questions addressed
The findings described above are only a few among many other questions addressed. The report also provides quantitative and qualitative insights into production flows into and within Europe, competition between adjacent film markets, impacts on the business opportunities arising for film companies and investment in production infrastructure. It also offers a useful analysis of the methodological challenges of studying the impact of fiscal incentives in Europe and suggests some ideas on best practice.

The report is rounded off by a country-by-country analysis of the fiscal incentive schemes currently operating in: Belgium, Croatia, the Czech Republic, France, Hungary, Ireland, Italy, and the UK.