The debut feature of director Stephen Fingleton, The Survivalist [+see also:
film review
trailer
film profile], officially opened in the UK and Ireland on 12 February 2016. The film was made on a small budget of around £1 million, with initial financial support from the UK producer The Fyzz Facility, the BFI Film Fund, the UK Tax Credit and Northern Ireland Screen. Interestingly, it was green-lit and moved into production without a commitment from a sales agent or a UK distributor in place. Indeed, this allowed the producer to think carefully about the distribution strategy. That is to say, at a time in which the nature of the distribution business is changing, and self-distribution becomes an increasingly popular business model, it is no longer necessarily the case that producers rely on sales agents and distributors to distribute these types of films.

With several successful examples of self-distribution, it is becoming more common that producers deliberately take control over distribution of their films to cut out sales agents and distributors, thereby saving costs on their distribution fees. In other words, they rely on alternative distribution arrangements – organised directly by themselves or through distribution consultants – to negotiate deals with cinemas, (physical) retail stores, on-line services and television broadcasters.

Despite the popularity of self-distribution, the usefulness of this model in the UK film market, and the inherent possibilities it currently offers to UK producers, the approach needs to be put into perspective. It is until now applied only to the smallest, most modest budgeted films below £1 million. The main obstacle for other films to adapt to the logics of this model is the current state of the on-line market in the UK, which has yet to expand into a massive revenue market.

As for all films with a sense of art-house appeal, the film festival circuit remains a popular strategy to introduce films internationally and build-up profile. It is the first form of film distribution through which films are exhibited in a relatively cost-saving way – by means of nominations for official festival programmes. In fact, some of the smaller (regional) festivals are actually prepared to pay for screening fees, and in this sense are also used to generate revenue.

The festival release is consequently accompanied by some form of theatrical release, for which a marketing campaign and release strategy will be developed to position the film in the local domestic market. It is at this point that substantial upfront investment (P&A costs) into the marketing campaign becomes important in supporting the release in cinemas, on-line, and other markets.

The involvement of distributors is crucial in this respect because they are usually prepared to make such funds available (in case of the UK market often with additional financing from the BFI distribution fund) and have developed partnerships with media companies. The support of distributors, in this way, adds to production financing provided by producers and their partners. Indeed, some UK producers might be prepared to invest in the marketing campaign by themselves, but that is certainly not the case for all producers – particularly the smaller producers cannot afford such investment. In short, films need investment towards distribution to be positioned against other films in as competitive a manner as possible.

The new day-and-date release, which is reshaping existing sequential release patterns, has not yet changed this process of value creation for films. It is the continuing need for distribution investment that puts limits on the current self-distribution model. While producers usually get in touch directly with exhibitors to organise a series of special screenings in some selected cinemas, often in combination with a Q&A, it is less likely that those films are given a formal theatrical release without a marketing strategy in place that supports the theatrical run. 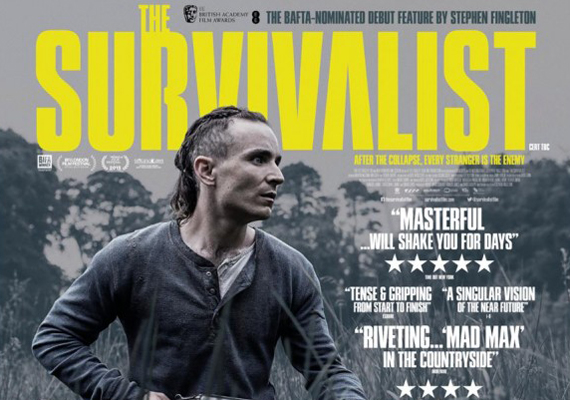 Returning to the example of The Survivalist, the German sales agent K5 International picked up the film after the shooting period in November 2014, and immediately introduced the project to distributors at the American Film Market later that month. They prepared the film for its world premiere at the Tribeca Film Festival in April 2015, followed by a release at a range of other festivals, gathering critical acclaim and festival prizes. The first key distribution deal was closed with the US distributor Alchemy at the Cannes film festival in May 2015, while the UK distributor Bulldog Film Distribution became attached after the London Film Festival in October 2015, at which Stephen Fingleton won the award for Best Debut Director.

In acquiring all distribution rights for the UK and Ireland territory, the UK distributor was able to control and coordinate the marketing campaign and the release of the film in cinemas, on-line, and other ancillary markets. In addition to their financial contribution to the marketing campaign, they were awarded £60,000 by the BFI distribution fund to further strengthen its positioning across the UK and Ireland. They prepared the film for an exclusive two-month day-and-date release in cinemas and on premium VOD. The release date was strategically chosen, coinciding with the BAFTA ceremony for which Stephen Fingleton was nominated. The film opened modestly in about 25 cinemas in the first week. It was also available for rental on as much as 12 TVOD platforms, including global platforms such as Amazon, iTunes and Google Play and local platforms such as BFI Player and Curzon Home Cinema. The premium VOD arrangement kept on-line streaming prices high, ranging between £5.99 and £10.00, on par with cinema tickets. Those prices will drop as soon as the release opens up to other forms of distribution, and the film can be viewed via a plethora of on-line platforms such as SVOD, TVOD (on which the film can also be bought at that point), and also on DVD, Blu-Ray and television.

In various ways, this sort of day-and-date release is typical in the UK for small-budget films distributed through distributors, adding weight to the initial festival release which is important to negotiating subsequent deals with on-line services, (physical) retail stores and television broadcasters in the UK market, and international deals.

However, it will be increasingly difficult to hold on to this model for this type of film in the next few years. First, there is the trend that the release period of films on show in cinemas is shortening, with distributors calling into question if substantial marketing investment into theatrical releasing is still justified. Second, while the value of the theatrical market will continue to decrease for such films, the focus will shift further to the on-line market. This, indeed, further strengthens the belief that distribution of such films could be organised without the involvement of distributors.

Such hybrid forms of distribution have become more common in recent years and producers are likely to continue anticipating change in the near future by privileging those arrangements for the smaller films. The on-line platforms will be the first and foremost market for such films, from which producers stand to benefit because a greater share of revenue out of this market will flow back directly to them. Producers, or, sometimes, sales agents, in this context, will deal directly with content aggregators, who oversee and coordinate the on-line marketing campaign and release strategy.

Roderik Smits is a film researcher and consultant with a strong interest in the film distribution business. He is a member of the MeCETES research project, exploring contemporary European film and television drama.