In contrast to 2015, when a rather limited number of US studio titles drove the growth in admissions, 2016 was characterized by the solid box office performance of a comparatively broad range of productions. If in 2015 three individual breakout hits (Star Wars VII, Minions and Spectre [+see also:
trailer
making of
film profile]) had sold more than 38 million tickets each in the EU, in 2016 no single title reached the 30 million ticket benchmark with the two top performing films, The Secret Life of Pets and Finding Dory selling 26.5 million and 24.7 million tickets across the EU respectively. It is worthwhile observing that family animation films performed particularly well in the EU in 2016 accounting for 8 titles among the top 20. Besides the top two films, other successful animation films included Zootopia (22.3 million admissions), The Jungle Book (20.5 million) and Ice Age: Collision Course (15.5 million). Another significant characteristic of the EU box office concerns the dominance of franchise films with 7 out of the top 10 and 15 out of the 20 top films being sequels, prequels, spin-offs or reboots such as Fantastic Beasts and Where to Find Them [+see also:
film review
trailer
film profile] (23.4 million admissions), Rogue One (21.7 million), Deadpool (19.8 million) and Suicide Squad (16.7 million).

Leaving aside European films financed with incoming US investment (EUR inc), Bridget Jones’s Baby [+see also:
trailer
film profile] became the most successful European film selling 16.3 million tickets in the EU in 2016. Italian comedy Quo vado? [+see also:
trailer
making of
film profile] (9.5 million) was the only other European production to rank in the top 20 as no other European film succeeded in selling more than 5 million tickets in the EU in 2016. 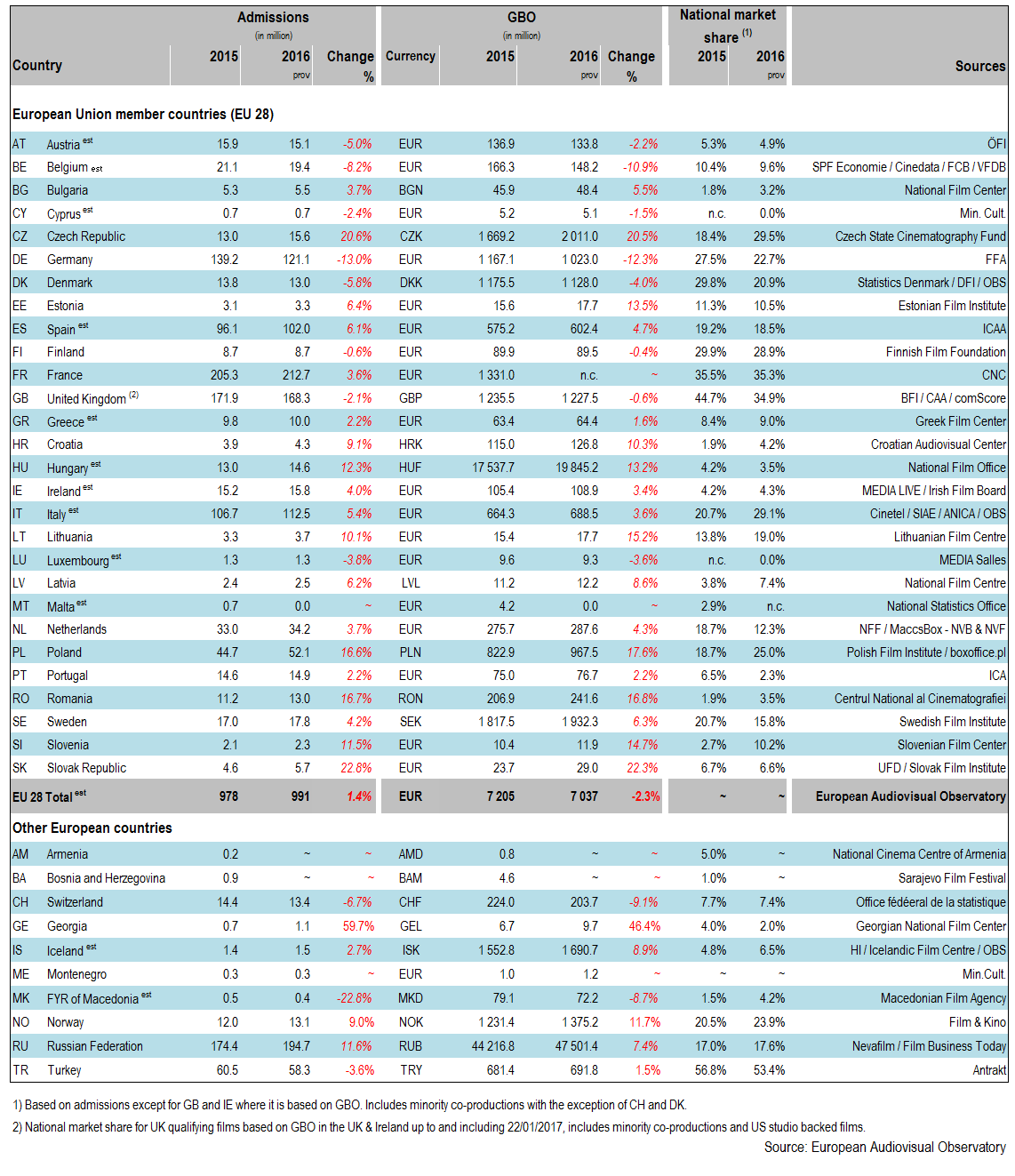 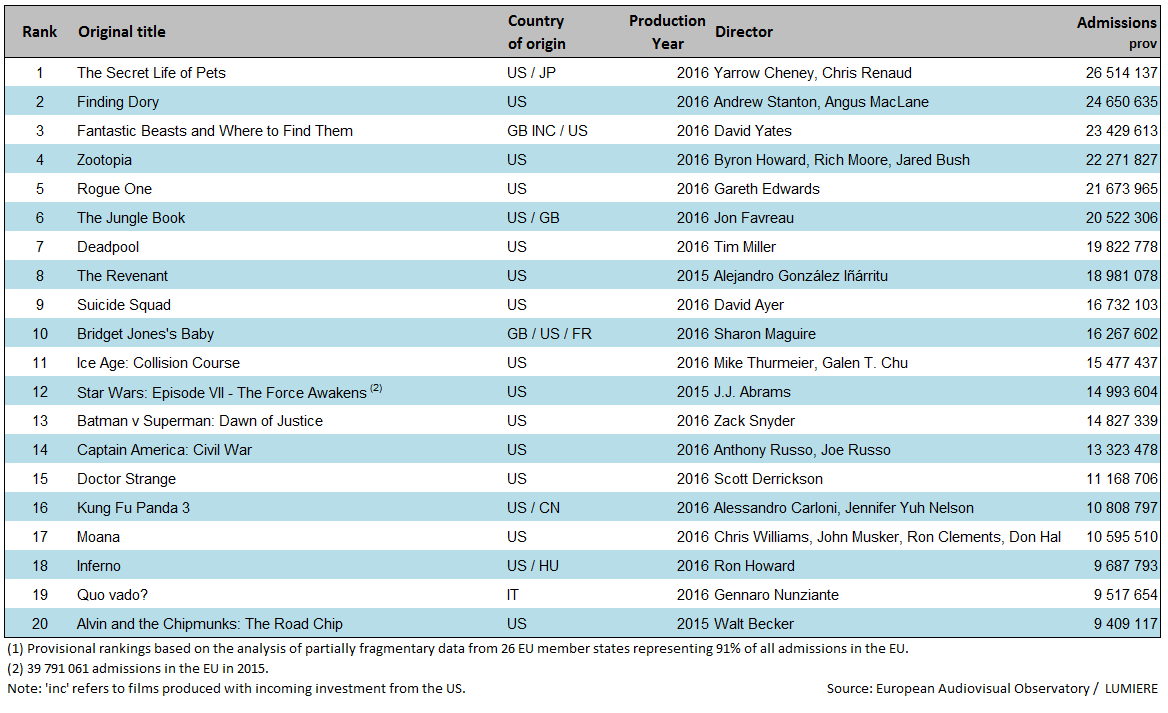 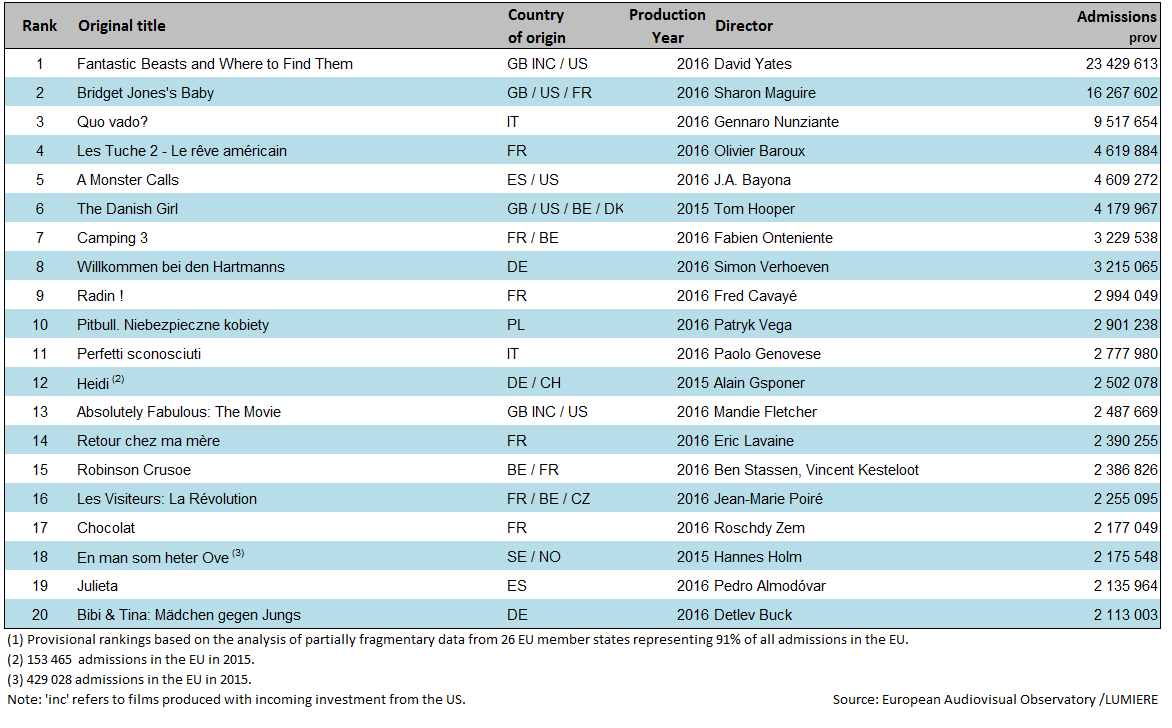