This figure comes from a brand new free European co-production report, Film production in Europe - Production volume, co-production and worldwide circulation, just published by the European Audiovisual Observatory, part of the Council of Europe in Strasbourg. The report examines film co-production activity in Europe over the period 2007 – 2016.

Co-productions accounted for 24.2% of overall film production volume in Europe over the period 2010-2015 (23.8% when excluding GBinc productions – defined as a film produced in the United Kingdom (GB), for which the main producer is a United Kingdom-registered company which may be wholly or partially owned or controlled by a company based in a different country – usually the US). European co-productions generated 1,576 million admissions, i.e. 50.3% of overall attendance for European films during the period examined (34.9% when excluding GBinc films). In addition, European co-productions generated three times as many admissions as purely European national films. 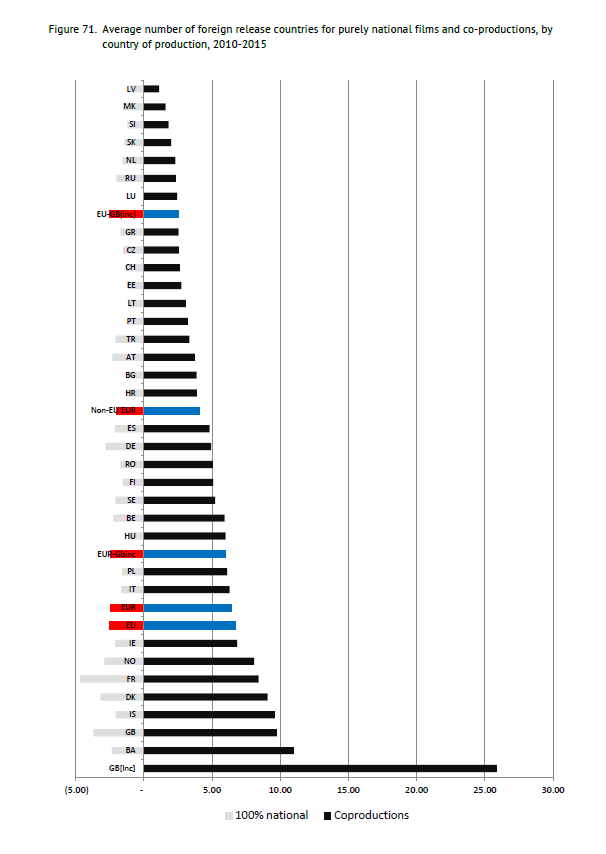