A look at the data for films directed by women in Europe: limited access to production funding and distribution support is holding back the market for female directed European films

Less than one in five (17%) films produced in Europe are solely directed by women (fig.1), according to data taken from the European Audiovisual Observatory’s LUMIERE Pro World database and analysed by the MeCETES project.

That is slightly higher than the level in the US (10%) or the rest of the world (13%), but still incredibly low given that women account for more than half the European population.

While the absolute number of female directed European films has almost doubled over the last decade, from 110 in 2005 to 198 in 2014, their share of total European film output has increased only modestly, from 14% to 18%.

But it would be wrong to assume that northern European countries are necessarily more progressive on gender matters than their southern counterparts: both Denmark (16%) and Iceland (13%) have below average levels of female directors. 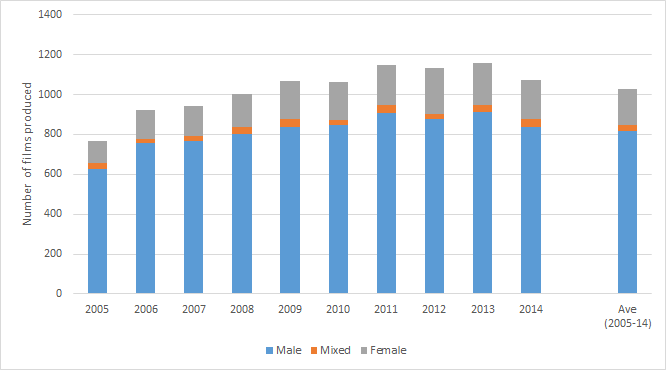 Poor access to public funding – without which many European films would not be produced – partly explains why so few European films are directed by women.

Of the 60 or so films supported each year by the Council of Europe’s Eurimages co-production fund, only about 16% are directed by women. Just 13% of the total Eurimages budget goes on female directed films, while the average award received by women is about 27% less than for men (€291,727 compared with €370,558).

Things are not much better at a national level. Less than one in five (18%) productions funded by the German Federal Film Fund (DFFF), for example, are directed by women, while only about one in ten (12%) Italian ‘Cultural Interest’ films have a female director.

Female directors in Europe are significantly more likely than men to direct documentaries (28% compared with 19%), which are generally cheaper and easier to get made than fiction films, and less likely to direct more mainstream genres like action/adventure films (3% versus 8%), comedies (19% versus 26%) and crime/thrillers (5% versus 14%) (fig.2).

They also make fewer English-language productions (17% compared with 20%), though are more likely than men to shoot in ‘non-hegemonic’ European languages (33% compared with 31%) – i.e. any language other than English, French, German, Spanish or Italian. 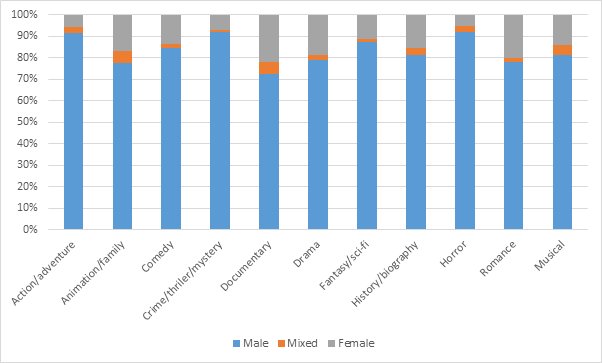 Female directors in Europe not only face a harder time than men getting their films made. Their films are also less widely distributed.

European films directed by women reach 2.6 territories in Europe on average, compared with 3.1 territories for their male counterparts.

Of the total amount spent on MEDIA distribution funding, less than 12% went to films directed by women (fig.3), while the average award for women’s films was 29% lower (€45,592) than for men’s films. 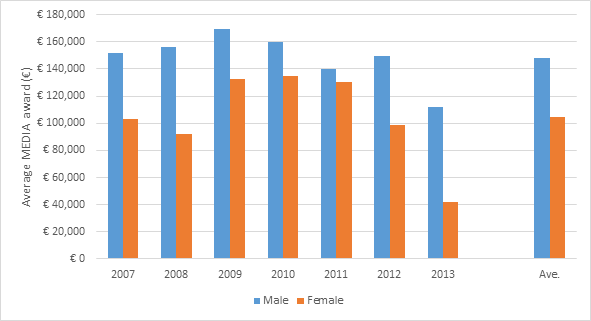 As a result of their limited distribution support, female directed European films are seen by half as many people in Europe as films made by their male counterparts – selling 127,343 cinema tickets on average, compared with 285,799.

They perform particularly badly outside their country-of-origin, with an average of 36,071 admissions, compared with 102,110 admissions for male directed European films.

Amongst female IMDb Users, they score 6.50 on average.

In other words, it is limited access to production funding and distribution support which is holding back the market for female directed European films, not the quality or appeal of the films women make. 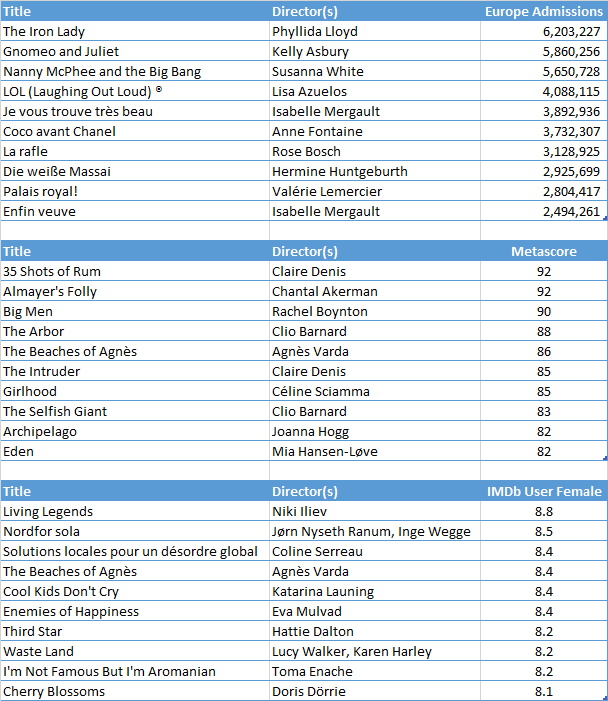 Huw D Jones is a Post-doctoral Research Associate on the MeCETES project.