Cinema Jove: How to make a web series without ending up in prison

The decision to embrace emerging formats at Valencia’s Cinema Jove, a festival championing new voices in cinema, seems rather fitting – especially those that exist mostly on the outskirts of the industry. “A few years ago, even I didn’t know what a web series was! Until my colleague, filmmaker Ana Ramón Rubio, called me up, saying she was holding an audition for one,” admitted Maria Albiñana, an actress and a coordinator of the event alongside Ana Ramón Rubio. “I asked: 'What is that? A TV show for the internet? Does anyone actually watch it?' But once you get into this community, you realise that these people are just trying to tell stories.”

While still trying to find its own footing, the event – currently celebrating its second edition – can be treated as a useful introduction to this market that appears to be developing quite quickly. However, as suggested by one of the round-table discussions, the aptly titled "How to Make a Web Series Without Ending up in Prison", aspiring creators still face massive obstacles, from a lack of appropriate distribution platforms to the hesitance of potential buyers and advertisers. This is mostly because, as argued by Mafalda González, of [online video platform] Flooxer, when it comes to web series, some of the usual rules don’t apply. “Public television aims to be for everybody, but with web series, it’s different. You have to find your niche,” she told Cineuropa.

“If you come up with an idea, make sure it hasn’t been done before. Be unique,” added Dirk Rosenlöcher, creator of Discocalypse. “And don’t give up, even when it gets tough. Because it will.” Indeed, as they are mostly self-produced, web series usually don't benefit from a big budget. Nevertheless, even such a major constraint can be overcome. “When you have absolutely no money, you work with what you've got,” said Samuel Brisson, actor and co-creator of Explaining to Alien. “That said, if you do create a project where your character is always in full costume and make-up, make sure it’s quality stuff. I was wearing three-year-old contact lenses, so my eyes were burning all the time, and the costume was skin-tight.”

While making a web series can prove quite testing, that's only the beginning: distribution on platforms other than YouTube still proves problematic. “It’s a bit like asking if God exists,” deadpanned Maria Albiñana. “Filmmakers need to have faith.” That said, people like Henry Gagnon, of HG Distribution, are hopeful there are ways to make it profitable. “I come from sales, so everything has a price, and everything can be sold. But you need to know what you want. The decision to go on YouTube or any other big portal can influence the future of your content: you may lose money that would otherwise be paid out by international broadcasters. But of course, the more you give out to the public, the more recognition you get.”

“You have to know your target audience because you can’t just put it out there, hoping someone will find it. That’s not going to work,” clarified Meredith Burkholder, director of Berlin Web Fest. This is why it helps to have your web series exhibited at a festival. “We see a lot of things that are really well done, but which are trying to be too much like television. We are looking for people using the medium as it is, and web-series festivals are key for getting these shows an international platform. We want them to be seen,” she said. “That’s where you meet the distributors or someone who will buy your show. Festivals are really becoming a springboard for moving forward into the industry.”

While the director of Flooxer, Emilio Sánchez, seemed rather pessimistic about the commercial prospects offered by web series, others chose to see the bright side. “When I started my company 11 years ago, I was all alone,” explained Henry Gagnon. “But recently, I have met many major international players, and they are all looking for short content.” “It’s a time when everyone is trying to figure out which strategy is working, which genre or which episode length is the best. But the interest in that format is really growing,” observed Meredith Burkholder. “I think the future is bright.” 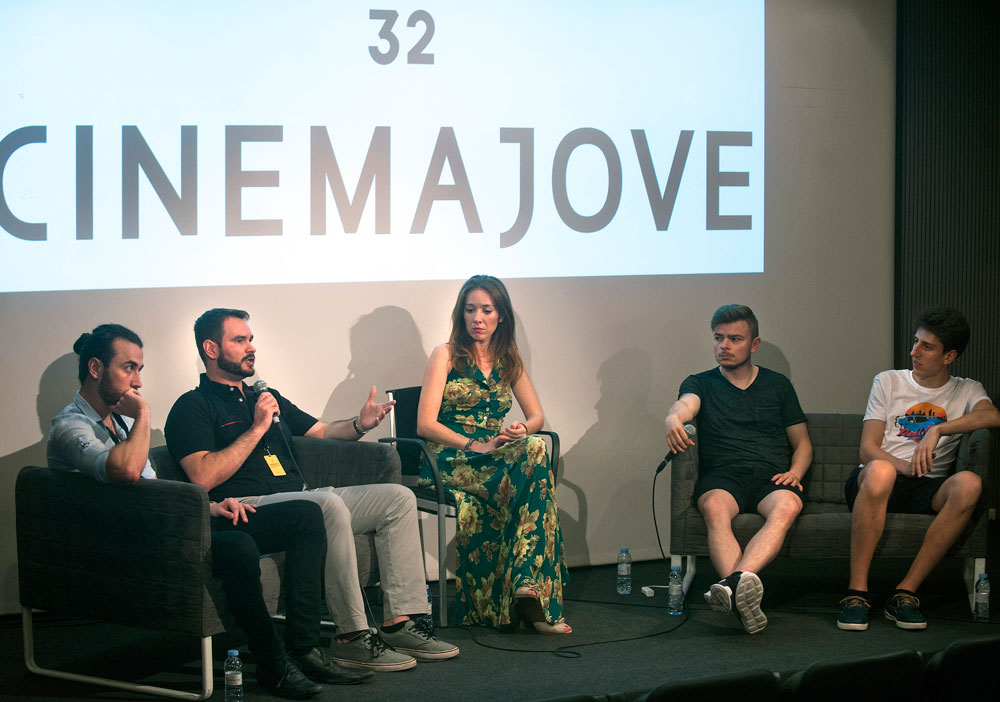