Studio Hamburg FilmProduktion is a continental European pioneer in the sustainable production of TV series. In order to get an environmental and climate-friendly balance, the workflows need to be structured in a new way. The ZDF pre-prime-time serial Notruf Hafenkante, the police series Großstadtrevier as well as the TV film Die Insassen, have benefitted from this commitment for which Studio Hamburg FilmProduktion has been awarded with its third Green Shooting Card by the Filmförderung Hamburg Schleswig-Holstein. 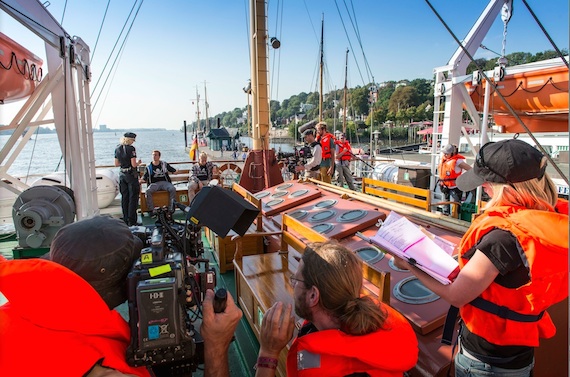 ‘We are delighted to receive this prestigious prize because it proves that we are on the right track to rethink our workflow routines for the sake of the environment – even if this means diligence, persuasion, and time‘,  stresses Michael Lehmann, Studio Hamburg’s Head of Production. “Sustainable ways of thinking get great feedback from our teams."

Longtime series such as Großstadtrevier and Notruf Hafenkante are practically made for sustainable production processes. ‘The workflows are common knowledge and there is enough time available to organize sets and prep teams’, highlights Marcus Kreuz, the Production Manager of Notruf Hafenkante,who also assumes the role of the green runner. In order to shake up the cast and crew’s ingrained habits, he lists sustainable measures on daily call sheets, which are sent out electronically, of course, via computers that use eco-friendly-produced energy.

Energy consumption has been reduced by using energy-efficient lighting equipment, rechargeable batteries, and fixed power connections on set. One big benefit is that the production has always been shot on the same locations ever since Notruf Hafenkante premiered in 2007. The police officers at the St. Pauli station house are working hand in hand with a team of doctors from the fictional Elbe Hospital. The interiors of the police station, as well as the hospital, are shot in a former warehouse in the northern part of Hamburg that has been rebuilt as a studio. The main locations for the exteriors are found in the German Coast Guard area in the old warehouse district by the harbor, as well as in the Port Authority of Hamburg, whose facade is used for the hospital location. 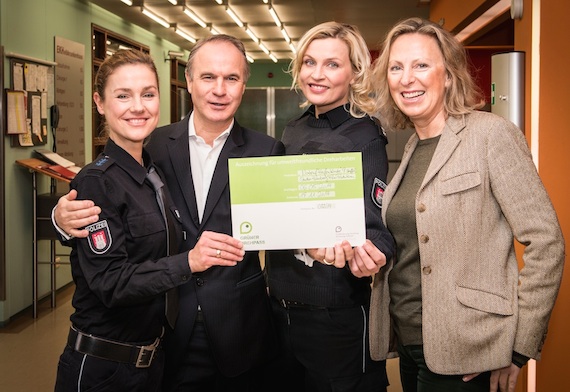 The sustainable experiences acquired in the production of a TV series also have an impact on the production of TV movies. ‘The shooting time is extremely short, therefore, the sustainability on set has to work right away”, concludes Michael Lehmann. ‘This requires exact planning so that these goals can be reached.’

During the production of 30 news episodes for Notruf Hafenkante, Marcus Kreuz made sure that decomposable and recyclable materials, such as wood and fabric, were used for the production design so that less garbage was produced. Catering relied on regional and seasonal produce. Instead of plastic cups and bottles, they used reusable dishes. The carbon emissions in transportation were reduced by setting up a ride-sharing program. 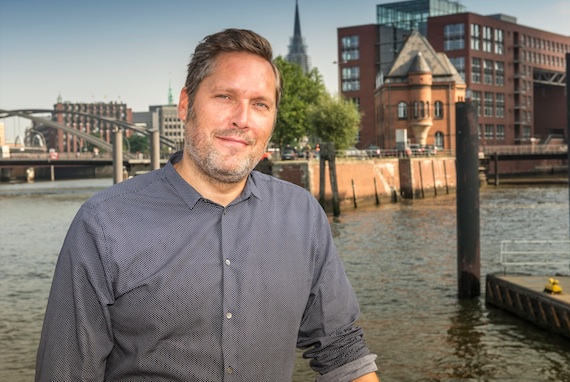 ‘We convinced our teams’, concludes  Marcus Kreuz. ‘Now we have to get suppliers on board, too. If there is a greater demand for energy-efficient technology, it will then recoup its costs faster and it will result in rental prices coming down.’