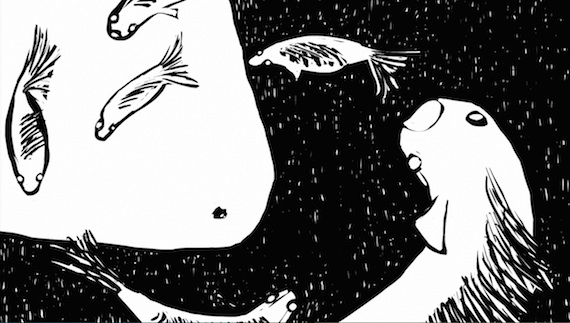 „I always wanted to make an Expressionist movie”, says artist, animator and director David Jansen. „As far as style is concerned, we decided to produce the woodcut effect in the style of Frans Masereel digitally. Däwit is a classic, epic story of a hero: „Whenever he falls or stumbles, he‘s taking a step forward.“ It took more than 300 production days to complete this ambitious project, which was born in Fabian&Fred‘s studio. 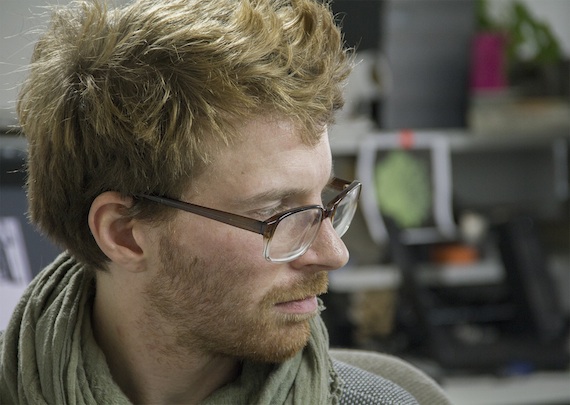 “All the images for this film were created and animated by using Tablets at a Thinkpad or workstation“, says Producer Fabian Driehorst. „We had only two workstations. The principal animation was done on a 24-inch Wacom monitor, while the final artwork, pencil tests, and corrections were done on a Wacom Intuos Pro monitor. The manufacturers supported this first green animated film project with Tablets, Thinkpads, and reference displays, which support image quality review, from NEC. „IBM Thinkpads have economical 65-watt power adaptors as well as workstations and servers with at least 80-Plus GOLD certified, energy-efficient power adaptors“, explains the founder of Fabian&Fred. He is referring to the effectiveness of power adaptors, as measured by the U.S. Initiative 80 Plus. 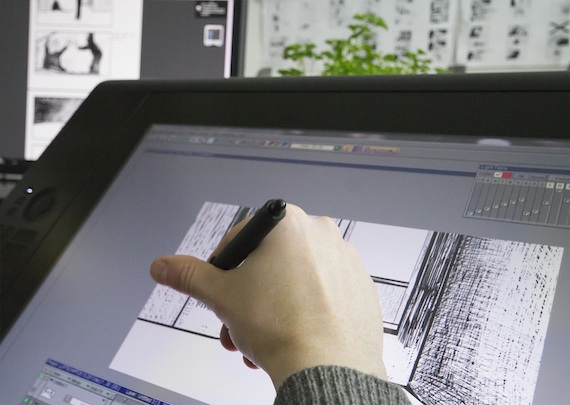 All the equipment from NEC and Wacom, as well as the used computers, were tested for energy efficiency. The power consumption of the two main computers was 65 watts in continuous operation. The systems were also networked for rendering and back-ups. The full 80-Plus efficiency quotient can only be reached at the point of maximum heat efficiency, provided, however, that the average room temperature remains 20°C without air conditioning.

„We tried to make sure we followed all the guidelines for a green production“, says Fabian Driehorst. The production team relied on public transportation, train, carsharing, and bicycle. In addition, they used recycled paper, and they printed out paper two-sided to reduce waste, which was also separated. „Since we produced digitally, we only needed paper and other materials in pre-production for storyboards, templates, and stylistic development.“ 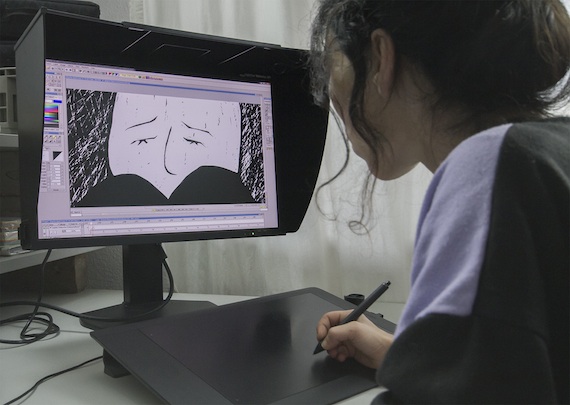 „We didn’t stop there. We investigated the possibilities of offering organic catering with an energy-efficient kitchen.“ For this task, Fabian&Fred was partly subsidized by Temma, an organic food market „We didn‘t reinvent the wheel“, sums up the producer, „but the guidelines helped us produce in the best way possible, and we will continue these best practices from now on, not only in the studio but in the production office, as well.“