21/11/2016 - The European Audiovisual Observatory’s provides comparative data and analysis on television, film, and video on demand markets from 40 European countries

The Observatory publishes its new Yearbook on World Television Day.

The 2016 Edition of the Yearbook Online Service now available. 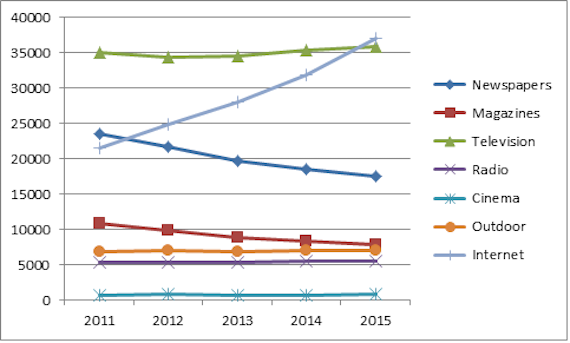 This intelligence has just been published in the European Audiovisual Observatory’s newly launched 2016 Edition Yearbook Online Service. Part of the Council of Europe in Strasbourg, France, the Observatory has been providing comparative data and analysis on the European television, film, video and on demand markets since 1992.

The Observatory’s flagship Yearbook is now available as a fully searchable digital service on line.

Data is searchable by topic, country or thematic tag. Market analysis is available in PDF form and the data sets as downloadable excel files.

Our information is supplied in three different sections:

Take a tour of this major new comparative intelligence source on the television, cinema, video and on demand markets here.

Data in the 2014 and 2015 category are complete and the 2016 section already contains significant data sets. More will be added in the course of the year.