The Agora industry section of the 58th Thessaloniki International Film Festival has just opened its best-established section; running from 7-12 November, the Crossroads Co-Production Forum invites along projects that cover the vast region of South-Eastern Europe and the Mediterranean Basin. Angeliki Vergou, Crossroads and Agora coordinator, said, “We have invited 13 projects for the 13th edition of Crossroads, and we are looking forward to seeing the feedback and the experiences that the participants will get thanks to their presence here. We are also quite optimistic about the specialised individual meetings with film professionals, as we expect there to be more than 300 people by the end of the forum. We wish the best to the projects, as they are also competing for the nine Crossroads awards, and we hope that we will see their films at Thessaloniki in the near future.”

Greece is well represented this year, with four projects. Writer-director Panagiotis Charamis is presenting his debut feature, Avanos, a neo-western that follows Tassos, an ex-convict and former smuggler who now works as a slaughterer in a village near the Greek-Turkish border. As he struggles with his new life, Tassos will cause an accident at his place of work, injuring his friend. This is the moment when he’s offered a last “job” – to smuggle one more person from Turkey. The film is being produced by Kostas Baliotis for 2D2R, is budgeted at €676,500, and is looking for co-producers, script development and funding.

Yannis Korres (Kissing?, 2016) is presenting his sophomore feature, Girl without Clothes, a drama about communication and loneliness that focuses on the life of 18-year-old Olga, who is trying to empower her own image primarily by means of her appearance and superficiality in her relationships with other people. A sudden dramatic event will force Olga to slowly come to understand the difference between her own existence and reality. Produced by Alexis Pilos, who also produced Korres’ debut, for Zero-Zero Productions, the film is budgeted at €419,400, and is looking for co-producers, post-production and a sales agent. 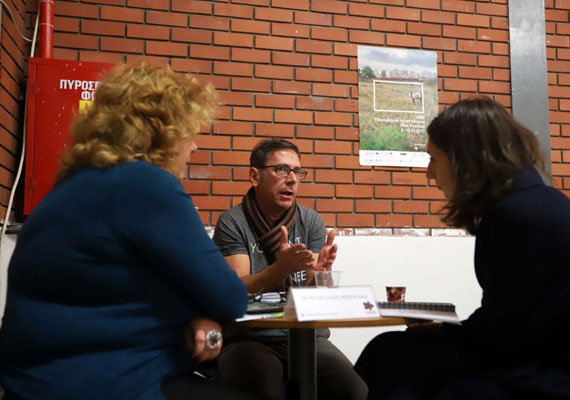 In his third feature, Un Peu De Chaos Inexplicable, Yorgos Gkikapeppas (Silent, 2015) explores psychological abuse in a marriage. A psychologist, Thanos, realises that his wife Marianne, an acclaimed translator of French literature, has disappeared. The last time they saw each other was the same morning they had sex. The next day, Jacques, a young Greek-French man, visits Thanos as a patient, where he reveals his relationship with a married woman, who happens to be Marianne. As the story unfolds, Thanos will further reveal all of the thoroughly hidden dark aspects of his marriage. Antigoni Gavriatopoulou is the producer for AG Films; the film is budgeted at €680,000 and is looking for co-producers in France or Belgium.

Born in Paris and working in both Athens and Paris, Daphné Hérétakis is presenting her debut feature, We Kiss in Dark Nightclubs and I Explain. Alpha and Zana prefer to spend their New Year’s Eve in the Athenian streets, following in the spirit of la folie à deux. Drinking, dancing, snacking in cafés and talking, the two young women will embrace their own growing need for destruction. The film is a French-Greek co-production by Jasmina Sijerčić (Bocalupo Films) and Yorgos Tsourgiannis (Horsefly Productions), is budgeted at €569,100, and is looking for co-producers, financial partners, distributors and an international sales agent.

Neighbouring Bulgaria is represented by Hristo Simeonov’s debut feature, Protected Species, in collaboration with Sofia Meetings. Set in a small town in the Balkan Mountains and inspired by the director’s own personal experiences, the story focuses on a forest ranger, Nikola, who decides to put up a fight against the local lumber mafia that wants to destroy his forest. The film is being produced by Katya Trichkova (Directions, 2017) for Contrast Films, is budgeted at €512,200, and is looking for a co-producer and a world sales agent. 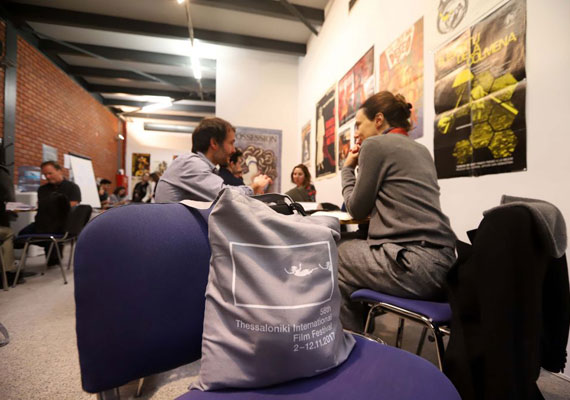 Supported by Cinemed, Portuguese director Nuno Baltazar’s debut, Fronteira, was selected by the Cannes Film Festival’s Cinéfondation Residence. Telling a story of modern-day slavery in Europe, the film follows the struggles of Tino, an illegal immigrant from the islands of Cape Verde who is forced to work in extreme conditions in Lisbon to help his family. Tino will be involved in a workplace accident, and after that, his life will crumble even further. The film is being produced by Leonel Vieira for Stopline Films, is budgeted at €965,000, and is looking for European co-producers, financiers and world sales.

Looking further afield to the Mediterranean Basin, Italy has one project by well-known actress Valentina Carnelutti: her debut coming-of-age drama Margherita, which depicts the adventures of the titular 14-year-old heroine, who is feeling lonesome living with her egoistic lover. While on holiday in France, she meets and seduces Joël, who’s 20 years older than her. A relationship will blossom, but it will not be what Margherita really expects. The movie is being produced by Marco Alessi for Dugong Films and Valentina Carnelutti (Fiore Leone), is budgeted at €875,000, and is looking for film development support and an international co-producer.

Maltese writer-director Alex Camilleri is introducing his debut, Fishers of Men, a thriller following Dom, a fisherman who, out of desperation, retrieves the bodies of migrants who have died during their attempts to cross the Mediterranean. The accidental rescue of a survivor will force Dom to reconsider his role and confront an ethical dilemma. The film, which is the first from Malta to participate in Crossroads, is being produced by Oliver Mallia for Pellikola, is budgeted at €640,000, and is looking for co-production and financing.

In collaboration with the MFI Script 2 Film Workshops, Turkish director Nazlı Elif Durlu is presenting her debut, Zuhal, in which the titular 40-year-old heroine is trying to locate a cat that has been mewing for days. After doing some research in her building, she realises that she’s the only one who can hear these noises, and this leads to an absurd, dramatic story. The movie is being produced by Anna Maria Aslanoğlu (The Gulf, 2017) for istos film, is budgeted at €496,600, and is in search of co-producers, financiers and a sales agent. 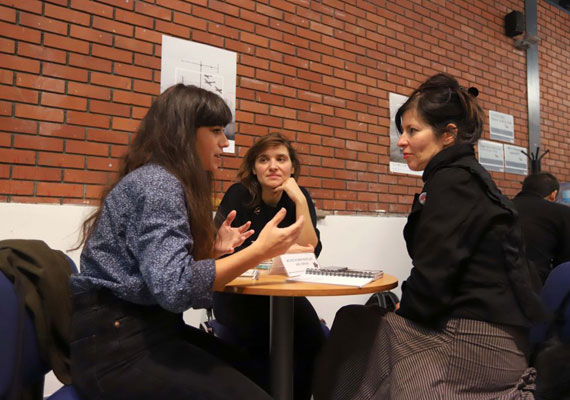 Finally, the Arab world is represented by the Palestinian project 200 Meters, directed by Ameen Nayfeh and produced by May Odeh for Odeh Films (a drama set in two Palestinian villages separated by a wall), the Lebanese project Other People, directed by Meedo Taha and produced by Wesam Nassar for Eshmawi and drawFILM (a coming-of-age thriller set in Beirut, about an immigrant family of wedding pickpockets), the Egyptian-German project Rainbows Don’t Last Long, directed by Mayye Zayed and produced by the director and Halina Dyrschka for Ambrosia Film (a road trip undertaken by a couple with their daughter, whose incurable disease threatens her eyesight), and the Moroccan project The Rooftops of Fez, directed by Abdelhai Laraki and produced by Caroline Locardi for A2L Production (a historical drama set in 1955 in Morocco, during the political and social turmoil).

Crossroads will hand out a number of awards to its projects, decided upon by an international jury comprising Dominique Welinski, producer at DW (France), Teresa Hoefert De Turegano, funding advisor at Medienboard Berlin-Brandenburg (Germany), and Konstantinos Kontovrakis, producer at Heretic (Greece).