The Trieste Film Festival's industry section, When East Meets West (WEMW), took place last week, and here Cineuropa profiles the winning projects from its various sections, which include a co-production forum with 21 projects; Last Stop Trieste, for documentaries at the advanced editing stage; and This is IT, a work-in-progress section for films produced or co-produced by Italian companies. The event also includes First Cut Lab, a programme designed for fiction features in the editing phase, whose teams receive consultations from renowned industry experts, plus the regional training and co-financing initiative RE-ACT, by the Croatian Audiovisual Centre, Friuli Venezia Giulia Audiovisual Fund and Slovenian Film Centre, also announces its winners during this event.

As Alessandro Gropplero, the head of WEMW, told Cineuropa, they often see projects move from one section to another. "One of the RE-ACT winners, The Angel in the Wall, took part in the WEMW forum in 2016, so this gives you an idea of the clear synergy between whatever we do in the region," says Gropplero. "The winner of This is IT [Stories from the Chestnut Woods] took part in the First Cut Lab workshop last year, and the winner of Last Stop Trieste [100 Trips Around the Sun] won the award at our WEMW pitching forum in 2016." 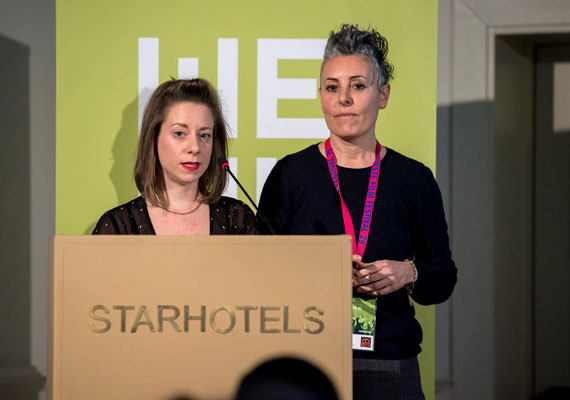 Film Centre Serbia Development Award
Small Body (Italy/Slovenia)
The feature debut by Trieste-born filmmaker Laura Samani, whose graduation short The Sleeping Saint screened in the Cannes Cinéfondation in 2016, is set in the early 20th century in famine-stricken Northeast Italy. Seventeen-year-old Agata gives birth to a stillborn daughter, and such children cannot be baptised. She heads to a sanctuary in the mountains where, allegedly, stillborn babies come back to life, just for one breath, so she can give her daughter a name. On her journey, she meets a wild girl who agrees to help her. Written by Samani, Marco Borromei and Elisa Dondi, the project is being produced by Nadia Trevisan of Nefertiti Film, with Danijel Hočevar of Slovenia's Vertigo on board as co-producer, and it also won one of six €8,000 awards from RE-ACT.

Baltic Award
I’ll Stand by You (Italy/Lithuania)
The feature-length documentary co-written and co-directed by Lithuania's Virginija Vareikyte (The Face Behind the Voice) and Italy's Maximilien Dejoie (The Gerber Syndrome) follows two women, a psychologist and a police officer, who try to tackle the epidemic of suicides in Lithuania, especially among older people in rural areas. The project is being co-produced by Dejoie through the Italian company M&N and Lukas Trimonis of Lithuania's In Script.

EWA European Women’s Audiovisual Network Award
Skiing in Scarves (Slovenia/Finland/Austria)
An observational feature-length documentary by Slovenian filmmaker Haidy Kancler (The Deepest Man in a Swimsuit) about teenage Afghani girls who are challenging cultural stereotypes by learning to ski to a professional level through extensive training in Europe. It is a co-production by Slovenia's Studio Virc (Houston, We Have a Problem!), Finland's Kinocompany and Austria's FlairFilm.

EAVE Producers Workshop Scholarship
Dragana Jovović (Serbia)
Project: Freedom Landscapes
The second feature-length documentary by Serbian director Marta Popivoda (Yugoslavia, How Ideology Moved Our Collective Body) and producer Dragana Jovović of Theory at Work (Depth Two), co-written by Popivoda and Ana Vujanović, tells the story of Sofija Vujanović, the first woman in the World War II partisanmovement in Serbia, and one of the leaders of the Resistance at Auschwitz-Birkenau. It focuses on the concentration-camp period and explores the possibility of resistance even in such a dire situation. 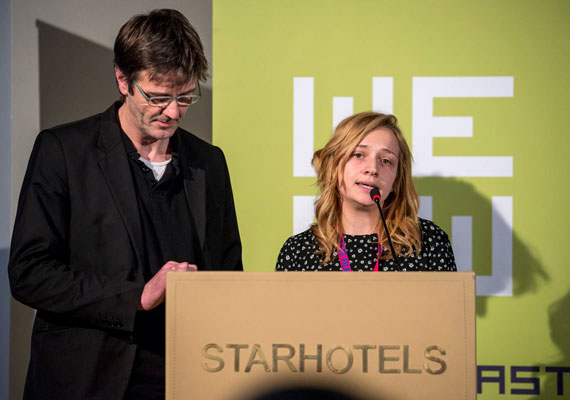 Producers Network Prize
Snežana Penev (Serbia)
Project: Darkling
The fourth feature film by Serbian writer-director Dušan Milić (Travelator), Darkling is a drama with elements of psychological horror about a Serbian family living on the edge of a dense forest in post-war Kosovo. It is being produced by Snežana Penevof This and That Productions, whose credits include A Good Wife and Monument to Michael Jackson, and Milić's Film Deluxe International, with Bulgaria's RFF International as co-producer and Luxembourg's PTD Distribution attached as the international sales agent.

Eirin Høgetveit (Norway)
Project: The Quest for Tonewood
Acclaimed Norwegian TV director and producer Hans Lukas Hansen's first theatrical feature-length documentary is a story about the search for tonewood, the wood that the best violins in history since Stradivari have been made of. It features treasure hunting and well-kept secrets, wild nature and old traditions, bandits and artists, and deep knowledge and high culture. Producer Eirin Høgetveit, who works through the company Norsk Fjernsyn, has produced programmes for the BBC, ITV, Discovery International, the History Channel and Channel 4. 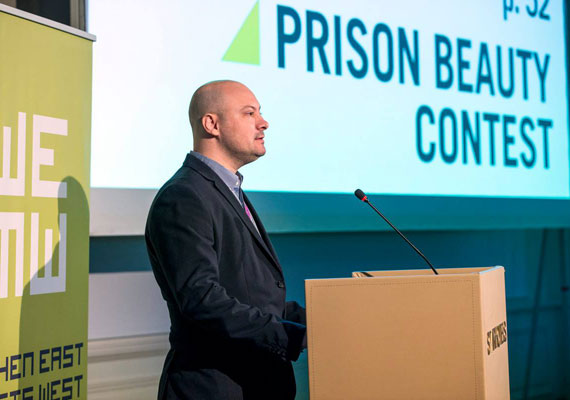 Hot Docs Industry Pass
Prison Beauty Contest (Bosnia and Herzegovina/Serbia)
Bosnian-Serbian documentary filmmaker and producer Srdjan Šarenac is best known for his 2010 festival hit Village Without Women and recently co-produced the IDFA 2016 competition title The Road Movie through his company Novi Film. His latest project, Prison Beauty Contest, eight years in the making, is about exactly what the title would suggest, and is set in a female prison in rural Brazil.

Flow Postproduction Award
Confessions of Love (Netherlands)
Croatian-born, Amsterdam-based filmmaker Tatjana Božić scored a minor hit with her autobiographical documentary Happily Ever After in 2014, in which she interviewed her several former boyfriends in an attempt to understand her own messed-up love life. Now she continues this exploration in a documentary where she speaks with dozens of women about their most profound romantic experiences with men. Fleur Knopperts and Denis Vaslin are producing through Dutch company Volya Films, whose credits include the Berlinale 2017 title Centaur and the IDFA 2016 entry The Grown-Ups.

Asterisk Visual Marketing Award
Plague (Czech Republic)
The second feature by Czech director Jan Tešitel (David) is set in a fictional city-state in the heart of Europe, where the main character, 13-year-old Rosalie, her two brothers and despot father are waiting for the mother to return from a sanatorium during an outbreak of plague. This dark story will be told with a dose of traditional Central European sarcastic humour. The script was written by Milada Mašinova Tešitelova, and Petra Oplatkova and Artemio Benki are producing through Sirena Film (The Dancer, Personal Shopper).

HBO Europe Award
100 Trips Around the Sun (Argentina/Italy)
The fifth film by Argentinian filmmaker Victor Cruz (Boxing Club) is a documentary about people aged 100 or more from all around the world – Costa Rica, Sardinia and Okinawa – who still have an exciting passion for life. Fito Pochat of Argentina's 16mm and Giovanni Pompili of Italy's Kinoproduzioni are producing.

Flow Digital Cinema Award
My Unknown Soldier (Czech Republic/Latvia/Slovakia)
Ukrainian-born, Prague-based actress and filmmaker Anna Kryvenko's first feature documentary is composed of archive footage from the 1968 occupation of Czechoslovakia by the Warsaw Pact armies, told from the perspective of the occupier – the titular unknown soldier. It is being co-produced by Michal Kracmer of the Czech Republic's Analog Vision, Sergei Serpuhov of Latvia's Baltic Pine Films and Wanda Adamik Hrycova of Slovakia's Wandal Production.

Laser Film Award
Stories from the Chestnut Woods (Slovenia/Italy)
Slovenian filmmaker Gregor Božič's first feature film is a story about an old, stingy coffin maker who, after the death of his wife, meets a chestnut seller who desperately wants to leave the remote valley they are living in. The director describes the setting as a world of local, regionally specific fantasy. The script was co-written by Božič and Marina Gumzi, who is also producing through Ljubljana-based Nosorogi, and Igor Prinčič of Italy's Transmedia, best known for Dancing with Maria, is on board as co-producer.