We offer a detailed overview of the ten projects taking part in Thessaloniki’s Agora Docs in Progress 2018, hailing mainly from the Mediterranean region, the Baltics and Iran

Totalling ten projects, Thessaloniki’s Agora Docs in Progress 2018 includes documentaries hailing mainly from the Mediterranean region (Greece, Italy, Spain, Algeria and Jordan), the Baltics (Lithuania and Estonia) and Iran. The projects are battling it out for three awards, the main €15,000 Post-Production Award provided by 2|35 Inc Post-Production House, the €6,500 MuSou Award for music and sound services, and for the first time, a €3,000 cash prize from the Greek Film Centre.

Regarding this year’s selection, Yianna Sarri, head of the Agora Doc Market, stated: “Every year, the selection process becomes even harder because the quality of the submitted documentaries is higher and the competition becomes even tighter. We had a total of over 70 submissions for the section, around 12 of them coming from Greece, so we tried to strike a balance and present those that really stand out. We also hope that these documentaries will follow the same successful path of our previously selected and completed films.”

Here we offer a detailed presentation of the projects: 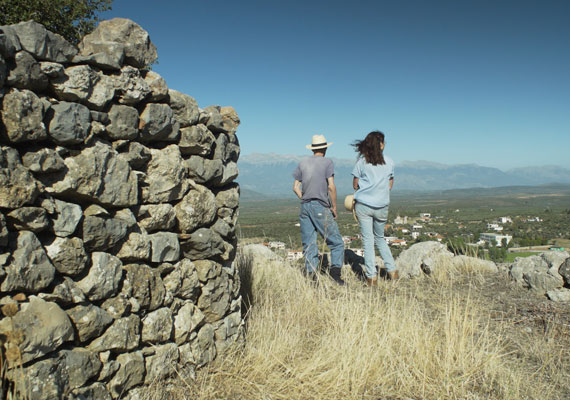 1.000m2 of Time by Maro Anastopoulou, her sophomore documentary, after Whispers of the Sky, which won the FIPRESCI Award at the 2016 TDF. Taking as its premise an archaeological excavation in a village in the mountains in Peloponnese, the documentary focuses on the modern residential area and explores its link to the ancient past. The film is a Greek co-production by Lilette Botassi (Inkas Film Productions) and Maro Anastopoulou (Pangaia Pictures), supported by the Greek Film Centre and ERT SA. It is currently filming and is looking for international co-producers, sales agents and post-production funds.

Body Struggles by Francesco Corona; experienced in theatre, the director also worked as an actor and assistant director before getting involved in documentaries. The main hero is a bull breeder from Brescia, who used to be an Ultras member. Now his body is a wreck after being abused by the police, but he still wants to fight for justice. The film is an Italian production by Lorenzo Cioffi (Ladoc), supported by Audioimage, and is currently in post-production. The team is looking for international co-producers, sales agents and post-production funds.

Figures by Eugenio Canevari, his sophomore work (after 2015’s Paula). Focusing on Stella, an Argentinian immigrant in Spain, who suffers from ALS, the film follows her relationship with her ever-loving partner, Paco, who, despite his own problems with alcoholism, wants to support her every step of the way, while Valeria, Stella’s daughter, also manages her day-to-day care. The film is a Spanish-Argentinian co-production by Eugenio Canevari and Felipe Yaryura (Waking Films), with Melina Pereyra (Mamá Húngara Cine), and Italian company The Open Reel is handling the sales. The documentary is in post-production and is looking for music rights, distribution, festivals and post-production funds. 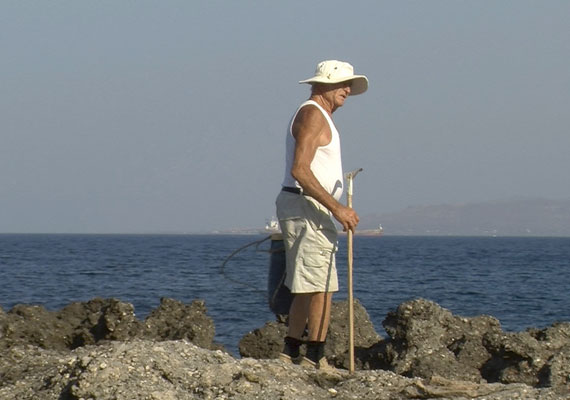 Frugal Abundance by Giorgos Savoglou, known for his short Salt Flats (2014), and Frantzeska Romanou. Having lived for the past 25 years in a makeshift cabin on the edge of a rock, 85-year-old Vangelis doesn’t need any “modern” amenities like electricity. He travels all year round on his bicycle and decides to live his own life, according to his own rules. The film is a Greek production by Amanda Livanou (Neda Film); it is currently in the editing bay, and is looking for finishing funds and distribution.

Gentle Warriors by IDFA Academy alumnus Marija Stonyte, her debut feature. For different reasons, three young women decide to enrol for military service as volunteers. One wants to start a new life, another to seek love, and the third to defend her country against the possible Russian threat. The film shows them as they progress and live through this experience at an isolated base, surrounded by 600 men. The film is a Lithuanian-Estonian co-production by Giedrė Žickytė (Moonmakers) with Riho Vastrik, supported by the Lithuanian Film Centre and the Estonian Film Institute, while Paris-based Cat & Docs handles the sales. The documentary is in production and is looking for broadcasters, distributors, festivals and post-production funds.

Janitou by Algerian independent filmmaker Amine Hattou, a debut feature. As Algeria is going through its “black decade” during the mid-1980s, a romantic Bollywood film becomes an instant and unexpected hit. Overcoming the socio-political unrest of the era, the film explores what love means in modern-day Algerian society through a nostalgic lens. The documentary is an Algerian-German-French-Qatari co-production by Boualem Ziani (Libre Image Production) with Thomas Kaske (Kaske Film), supported by the Doha Film Institute, AFAC and the Institut Français. It is in post-production and is looking for distributors, funds, world sales and broadcasters. 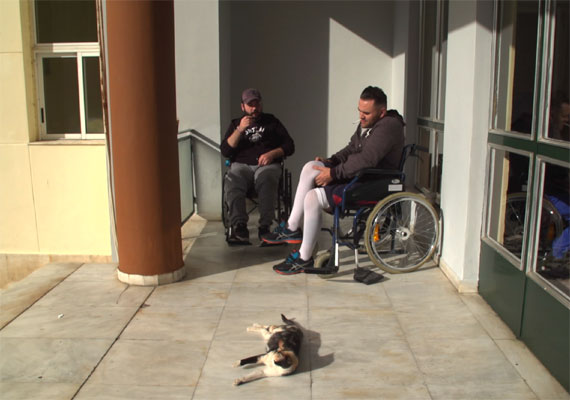 KAT People by French-born, Athens-based documentarian-producer Marco Gastine (Themis). Set in Athens’ main rehabilitation hospital for accidents and fractures, the film follows the patients who, with the support of a multidisciplinary medical team and their families, struggle to return to their independent lives. They must go through an extensive procedure that will enable them to readapt and relearn basic movements, while some of them will not succeed in returning home without some form of disability. The film is a Greek-French co-production by Eleni Chandrinou and Marco Gastine (Minimal Films), with Alexandre Cornu (Les Films du Tambour de Soie), and with the support of the Greek Film Centre, ERT SA, the CNC and Creative Europe. It is in production and is looking for distribution, pre-sales and festivals.

Seeds of Columbus by multi-award-winning Greek documentarian Marianna Economou (The Longest Run). As their small farming village in Central Greece slowly dies out, two cousins discover some unique tomato seeds that their ancestors have kept secret for 500 years. They will cultivate them and export the precious tomatoes in special jars, which become extremely sought-after around the world. The seeds will break down all the boundaries and become the bridge connecting the tiny village to a new world. The film is a Greek co-production by Spyros Mavrogenis (Stefi/Lynx Productions) with Rea Apostolides (Anemon Productions), and with the support of the Greek Film Centre. It is at the mid-production stage and is looking for pre-sales and post-production funds.

Staring at the Sun by Iranian directors Atieh Attarzadeh (40 Days of Pine) and 2018 Berlinale Talents alumnus Hesam Eslami (20th Circuit Suspects). This film deals with an edgy subject: that of marital facilities provided by a donor for couples at a centre for the mentally ill in Tehran. The directors observe the changes that occur in the lives of the men and women who have been denied marriage and sexual relations since they entered the centre, as well as focusing on the debates of families and experts who make the decisions in their lives. The documentary is a French-Iranian co-production by Etienne de Ricaud (Caractères Productions) with the directors and has been supported by Canada’s Alter-Ciné Foundation. It is currently shooting and is looking for distributors, TV buyers, co-producers, sales agents, festivals and post-production funds. 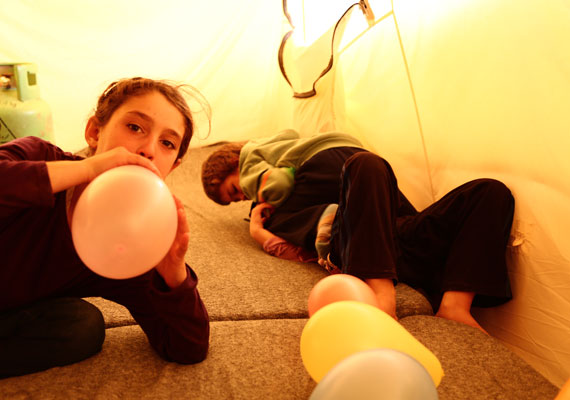 Tiny Souls by Jordanian director-writer-producer of Palestinian heritage Dina Naser, her debut documentary. Focusing on a nine-year-old Syrian girl, Marwa, who is stranded with her family in the Al Zaatari refugee camp in Jordan, the film follows her for four years as she blossoms into a young woman, until her status is jeopardised by a rumour that has been spread around. The documentary is a Jordanese-Lebanese-Qatari-Dutch-French co-production by Dina Naser and Mad Moshawash with Khaled Haddad (Jordan Pioneers) and Palmyre Badinier (Urban Factory), and it is being supported by the Doha Film Institute, the IDFA and Screen Institute Beirut. The film is in post-production and is looking for post-production services, sound design and mixing, sales agents, and distributors.