The story of widower Michael, who, in an effort to find solace over the death of his wife, befriends Lena Morelle, a writer who specialises in the supernatural, during a literary festival in Wexford. Events spiral towards the paranormal when Michael finds himself confronted by strange visions, as well as having to contend with a flesh-and-blood menace in the form of author Nicholas Holden, who is determined to prevent Michael and Lena from becoming too close.

more about: The Eclipse

After stints at Film Makers Ireland and the Irish Film Board, Rebecca O’Flanagan formed Rubicon Films that later teamed with Treasure Entertainment, where she is currently a director

Tomorrow, Sam Taylor-Wood’s Nowhere Boy will open, out of competition, the 21st Dinard British Film Festival, which will run until October 10. Six features will vie for the Golden Hitchcock. These...

Irish industry in its Element on Croisette

Alicia Duffy’s debut film All Good Children, official selection at the Directors' Fortnight section, will spearhead the Irish presence at Cannes this year. Based on a novel by Sam Taylor, the film...

The Belfast Film Festival marked its 10th anniversary by launching the first ever Belfast Sink Awards. Local ceramicist Steven Farnan was commissioned to produce a piece of ceramic art based on...

Conor McPherson’s The Eclipse was named Best Film at the 7th Annual Irish Film and Television Awards (IFTAs), also picking up gongs for Actor in a Supporting Role Film for Aidan Quinn and Script...

Neil Jordan’s Ondine and Conor McPherson’s The Eclipse lead the pack at the 7th annual Irish Film and Television Awards (IFTA) with eight nominations each. The awards ceremony will take place on...

Long-time Shane Meadows collaborator Paul Fraser has put away his pen and gone behind the camera for his feature directorial debut My Brothers. Fraser had earlier written and directed the...

Norway’s Rune Denstad Langlo has snagged the second top prize, Best New Narrative Filmmaker (and $25,000 in cash), at this year’s Tribeca Film Festival (April 22-May 2) for his directorial... 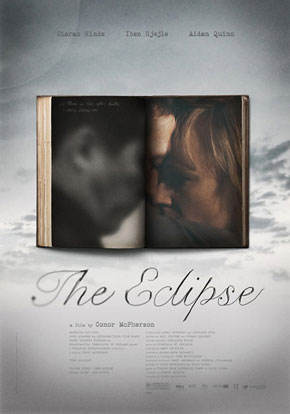