A Taiwanese filmmaker makes a film based on the myth of Salomé at the Louvre. Even though he speaks neither French nor English, he insists on giving the part of King Herod to the French actor Jean-Pierre Léaud. To give the film a chance at the box-office, the production company gives the role of Salomé to a world famous model. But problems arise as soon as filming begins...

The film, set in the interwar period in Poland, is the sophomore effort by Maciek Bochniak and is slated for an October 2020 release

Following Toto the Hero in 1991, the Belgian filmmaker is making his big comeback to the section that kicked off his career, with The Brand New Testament

The upcoming edition of the IndieLisboa film festival (April 22-May 2), will have a strong focus on local cinema. Besides opening film Fantasia Lusitana by João Canijo (see news), the festival...

A new local comedy booked surprisingly good results when it opened last week in the Netherlands. Gangsterboys by director Paul Ruven opened on only 39 screens but had the third highest screen...

This Wednesday, European films dominate the line-up with eight productions and co-productions among the ten new releases hitting screens. Leading the contingent is 87-year-old director Alain...

Kicking off tomorrow in Wroclaw is the 9th Era New Horizons Film Festival (July 23-August 2) with a line-up of over 500 titles. This rich programme could enable the event to exceed last year’s...

With his tribute to cinema and in particular French film, Visage, Taiwanese director Tsai Ming-Liang today with Spanish director Isabel Coixet closed the Competition of the 62nd Cannes Film...

Battle of the giants 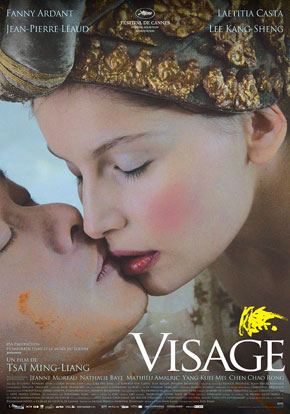