Early 20th century Philippines. The sounds of war signal the arrival of the Americans. A mother and son flee to the mountains, hoping for a quiet life. One day, the son discovers a wounded woman in the middle of the forest, and decides to bring her home. Years pass. Man, woman and child live in isolation from the growing chaos all over the country. But a coming storm soon threatens their existence, and American troops draw nearer.

Final straight run in the shooting of the second feature by Philippe Fernandez, a science-fiction film produced by Atopic

Enthusiastically received by critics impressed by Gérard Depardieu’s performance, Gustave Kervern and Benoît Delépine’s Mammuth, which was unveiled in competition at the latest Berlinale, is being...

The Day Will Come in competition at Thessaloniki

A total of 19 German (co)productions are being shown at the 50th Thessaloniki International Film Festival (November 13-22). The festival will be presenting a comprehensive Werner Herzog...

French sellers out in force on Croisette 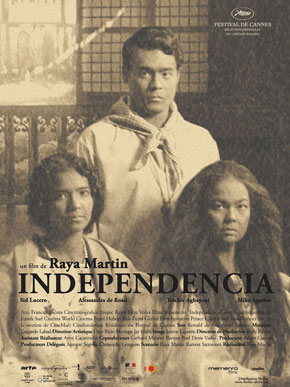