The adaptation of the controversial literary debut by the then 18-year-old Polish writer Dorota Masłowska. The story of a tough nationalist, homophobe, racist and anti-semite called Silny. His girlfriend Magda leaves him and he gets together with the satanist virgin Angela. Together they hang out in the nihilistic environment of drug-dependent urban wretches.

Aleksandra Terpińska’s film is everything one would expect from a debuting director: a fresh, funky and dark tale of modern society existing in the shadow of capitalism

“This film is anti-fascist, it’s really that simple”

"Under the camouflage of humour"

Bodo Kox moves from alternative to mainstream cinema with The Girl from the Wardrobe, showcased in Karlovy Vary

German cinemagoers in Berlin and Potsdam will have the chance to discover a vast panorama of new Polish cinema at the 5th FilmPolska Festival, which opens tomorrow. Lasting until April 21, the...

German audiences will once again get the chance to discover new Polish cinema at the 8th Filmland Polen Festival, whose 2010 edition will be held from April 13-21 in Hanover, Hamburg, Lübeck and...

Eight Eagles for The Reverse

The major winner at the 12th Polish Eagle Awards (Orły 2010), presented by the Polish Film Academy, was Borys Lankosz’s The Reverse. This triumph was announced yesterday at the annual ceremony... 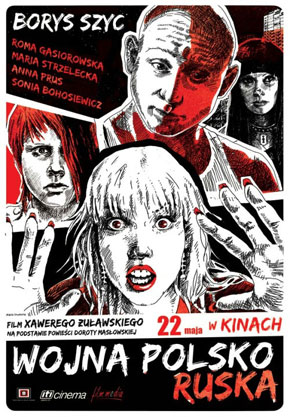