An entertaining and melancholic story, it tells of great loves and awe-inspiring utopias. A legend crowded with heroes... Three generations of a Sicilian family: From Cicco to his son Peppino then grandson Pietro... With the private vicissitudes of these characters and their family on the sidelines, the film conjures up the loves, dreams and delusions of the community as a whole from the thirties to the eighties in the province of Palermo last century: Cicco was a humble shepherd during the years of fascism, but he found time to devote to his ideals: Books, poems about knights, and the great popular novels of the time. During the periods of famine and the second world war, his son Peppino came across injustice and discovered a passion for politics.

It had been ages since Italy opened – and in competition, yet – the Venice Film Festival (September 2-12): a big responsibility for Giuseppe Tornatore. He was on the Lido last night to present the...

AgCom fights piracy with notice and take down strategy 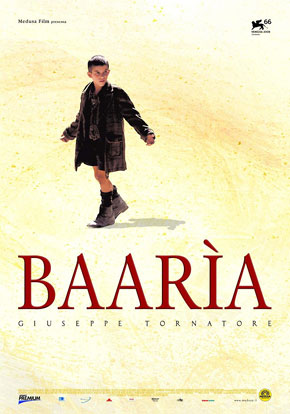