It is 1995. The summer when the war operation Storm will take place. Boro, who is going to be forty in a year and a half, with his wife Jasna and son Luka goes to his home village Drinovci, Herzegovina, after seven years. He wants to see his brother who managed to leave Sarajevo with his family. Boro knew that his brother was wounded, but when he sees him after many years, he discovers that the brother will spend the rest of his life in wheel chair. Boro constantly fights with Jasna, and he doesn't speak at all to his father Pako, whom he blames for his mother's death. In two weeks in August 1995, Boro will solve the years long dispute with his father, he will learn to be a better husband and a father.

Antonio Nuić is at the top of his game with this socially relevant, slow-burning and well-constructed crime-drama, which came out on top at Pula and screened now in Sarajevo

"A film needs an audience"

We sat down with Antonio Nuić to discuss his latest film, Life Is a Trumpet, which is set to be released imminently in Croatia, just in time for Christmas.

Known for its ability to bring together filmmakers from throughout the former Yugoslavia, the Motovun Film Festival (July 26-30) presented its 2010 programme today (see news) and announced the...

Twenty-five films from 18 countries participated in the Hubert Bals Fund of the 2010 International Film Festival Rotterdam (IFFR). The initiative, as usual, extended to funding films from...

14 European films in competition in Belgrade

The 15th Festival of Auteur Film will take place from November 25-December 2 in Belgrade, Serbia. Fourteen of the 21 titles in competition are European, and include Fatih Akin's Soul Kitchen,... 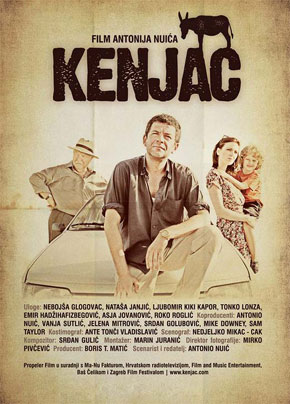