Aman, a 20 year-old Somali boy who grew up in Rome, works in a second-hand car store. Since he suffers from insomnia, during the night he is used to cruise through the Esquiline Hill streets, between the Termini Railway Station and Vittorio Emanuele Square. One of those nights, he secretly goes up to the balcony of an apartment building, and there he meets Terry, a 40 years old ex boxer with an obscure past. The two become friends and little by little this friendship turns into a strongly ambiguous relation. Terry uses the boy for his own purpose, but Aman, in turn, foresees in this relation a chance of social redemption.

Solitude has no (skin) colour in Good Morning Aman

Shooting on Claudio Noce’s new film, a Lungta Film, PKO and Tendercapital production distributed by Vision Distribution and based upon true events, is underway in Calabria

“A dark fairytale anchored to reality”

The Ice Forest, the new film by Claudio Noce, will be released on 13 November. We met up with the filmmaker as he presented it at the Rome Film Festival

The film, directed by Claudio Noce, was exclusively filmed in Trentino. The cast includes, alongside the Serb director, Ksenia Rappoport and Adriano Giannini

Claudio Giovannesi tells the story of a second-generation immigrant adolescent living on the Roman coast, where Pasolini was killed in 1975

The story of a second-generation immigrant adolescent living on the Roman coast, where Pasolini was killed in 1975 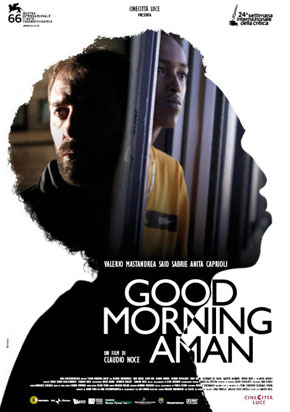