MEN ON THE BRIDGE

Three protagonists, whose lives barely intersect, all work around the Bosphorus Bridge, which connects Europe with Asia. Teenage Fikret sells flowers illegally to motorists and later tries to get a real job in a restaurant, but his slacker attitude gets him fired; lonesome cop Murat uses the Internet to find a girlfriend; and then there is Umut, who tries to find a bigger apartment to satisfy his young wife Cemile, whose ambitions are way beyond their income and put a strain on the marriage.

more about: Men on the Bridge

After winning Best Film awards at the Istanbul and Adana festivals, the debut feature of Turkish director Asli Ozge went on to Locarno, Toronto, Sarajevo, Montpellier and Linz

Young Wrestlers: The boys get ready to rumble 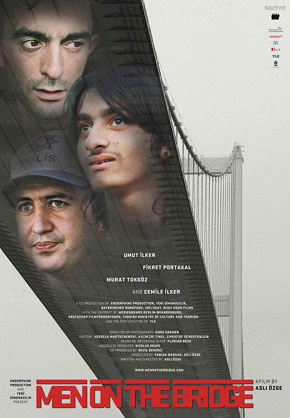