Baron Manfred von Richthofen is the most feared and celebrated pilot of the German air force in World War I. To him and his companions, air combats are events of sporty nature, technical challenge and honorable acting, ignoring the terrible extent of war. But after falling in love with the nurse Käte, Manfred realizes he is only used for propaganda means. Caught between his disgust for the war, and the responsibility for his fighter wing, von Richthofen sets out to fly again. 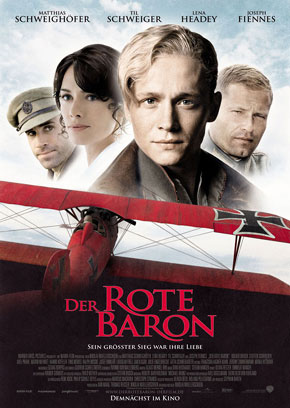