Liverpool 1955, and 15-year-old John Lennon is a teenager hungry for experience. Since the age of five he has been brought up by his Aunt Mimi, who seems to be the epitome of respectability. John is a bit of a rebel though, and when he meets his mother Julia, he forms an instant bond with her. Mimi likes to listen to Tchaikovsky, but Julia prefers Screamin' Jay Hawkins, and after she takes John to see an Elvis film at the local cinema, he's a convert to the world of rock'n'roll. He's bewitched by Julia, and she by him, but their reconnection provokes a great deal of friction between the two women, with John caught in the middle. Yearning for a less troubled life, he escapes into music, starting a band with a group of friends, and finding a kindred spirit when he meets Paul McCartney. Just as he begins his new life, further tragedy strikes, but by then he's found his voice…

For the second year in a row, the Turin Film Festival (November 13-21) opens with a biopic. A year after Oliver Stone’s relentless W., the 27th edition of the festival kicks off with Nowhere Boy...

High Point gears up for Berlin with Having You

Cameras roll on Having You 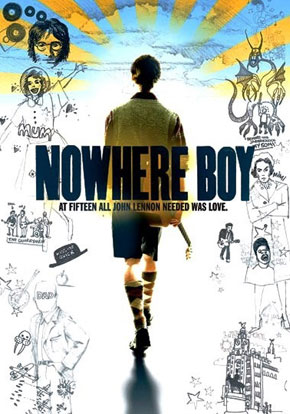