In 1964, Henri-Georges Clouzot chose Remy Schneider and Serge Reggiani, as the lead actor of L'enfer. This enigmatic and original project, about a hotel manager who becomes possessed by the demons of jealousy, was given an unlimited budget and touted to be the cinematographic event of the decade. However, three weeks into filming, drama unfolds and the project aborted. The images, said to be incredible, were never shown.

This week sees the limited release of Henri-Georges Clouzot’s Inferno (ABC Distribution on two screens). This documentary by Serge Bromberg and Ruxandra Medrea explores a real hidden treasure, the...

A Prophet honoured at Cesars

Yesterday evening, Jacques Audiard’s A Prophet surpassed the triumph of his film The Beat That My Heart Skipped at the Cesars 2006 by winning not eight but nine trophies, including Best Film, Best...

With 13 nominations, Jacques Audiard’s A Prophet dominates the list of nominees for the 2010 Césars, to be awarded on February 27. Next in line are Xavier Giannoli’s In the Beginning (11...

Unveiled in competition at the latest Cannes Film Festival, Xavier Giannoli’s fourth feature In the Beginning is the major attraction among the 15 new releases hitting screens today. Acclaimed by... 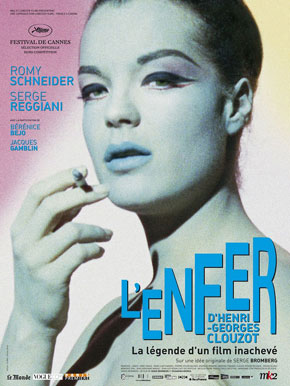