Year 1100. Italy. The Northern lands are ruled by the German Emperor Frederick Barbarossa. His dream is to conquer also the lands in the Center and in the South so as to revive the Empire that was once of the Emperor Charles the Great. But in the North a young man from Milan has formed an army of 900 young men coming from different cities: the “company of death”.This young man’s name is Alberto Da Giussano. His dream is to defeat the Emperor and to give back freedom to the Northern lands.

Barbarossa has Lega Nord written all over it

No film by Renzo Martinelli can escape controversy, preventative or otherwise. This time, journalists have even pointed out the political colour of the operation – “Padania green”, the colour of...

Andrea Osvart and Antonio Cupo in the cast for Anita B. by Roberto Faenza

Salvatores, Martone, Martinelli 'round the world with RAI Trade

Mario Martone’s We Believed will be distributed in Australia, Gabriele Salvatores’ Happy Family in Brazil, Stefano Incerti’s Gorbaciof in Scandinavia and Renzo Martinelli’s Barbarossa will be seen...

In a market influenced by cautious optimism from buyers and sellers, after the decline of two years ago, many Italian titles and co-productions are being offered by prestigious international sales...

Two hundred and eighty buyers and 90 sales companies from 14 countries were present at The Business Street (TBS) market of the Rome International Film Festival, which ended last week. Sesto... 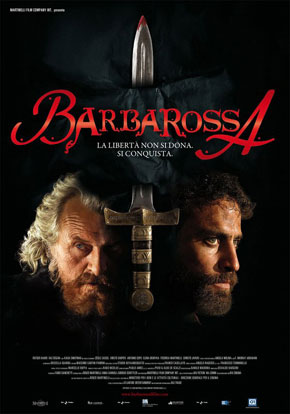