“66/67” is the name of a football fan club that binds six men together since their youth. But to its members, “66/67” means much more than just a regular fan club. These numbers represent a world of it’s own to them, revolving around their leader Florian. A world dominated by passion, adrenaline and violence. Among themselves they feel protected from everyday problems like job pressure and expectations of their families and girlfriends. But in the summer of 2008, while their football team faces relegation to the fourth division, their self-made walls begin to crumble. Their fellowship is increasingly beleaguered by questions from outside its ranks. They feel it – their time is running out.

Last month, Hermine Huntgeburth (Effi Briest) wrapped shooting on Tom Sawyer, after 50 days of lensing in Romania and in Germany – mainly at MMC Studios in Cologne, which are very busy at the...

Marc Bauder (35) who trained at the Potsdam-Babelsberg Film School, is embarking on his debut narrative feature, after his documentary Last to Know (presented in the Berlinale Panorama in 2006)....

The German Film Academy has announced the 40 features (27 narrative films, nine documentaries and four children’s films) shortlisted by a jury of 33 members (composed mainly of Academy members, as... 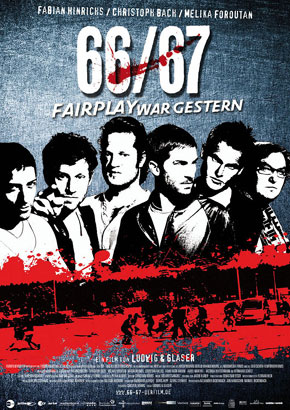