2009. Pavel Josek, an eminent scientist and former dissident, is due to receive a state honour for bravery. During the filming of a television documentary about his life it comes to light that at the beginning of the 1970s - under pressure from the secret police - he played a part in the discrediting of a former friend, who was ultimately forced to emigrate. The family drama sheds light on the practises employed by the secret police to discredit its opponents.

The past comes knocking in Kawasaki’s Rose

The challenge faced by Petr Jarchovsky and Jan Hrebejk, respectively the screenwriter and director of Czech film Kawasaki’s Rose, presented in the Panorama section of the 60th Berlin International...

“This was a great lesson in tolerance for me”

Cineuropa talked to Veronika Lišková, the director of Daniel's World, about her documentary, on the occasion of its screening at the Berlinale

Honeymoon: when demons from the past crash the wedding

Two detective stories in one, this slow-burning Czech thriller challenges audiences' expectations of its characters and filmmakers Jan Hrebejk and Petr Jarchovský

Jiří Vejdělek's comedy Women in Temptation attracted 1.2 million movie-goers in the Czech Republic last year, making it the most attended film in the country in 2010. Falcon released Women in...

From November 17-23, Segovia will host its 5th European Film Festival, which will show a total of 92 features produced in Europe. The Official Selection will include no fewer than 35 titles... 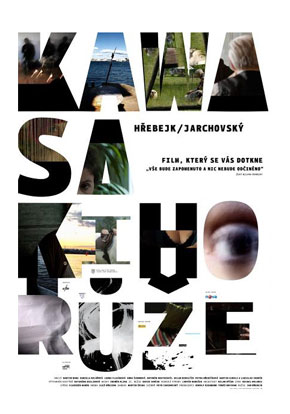