The story of a father who messes up his relationship with his children and new wife. Following an ugly divorce, the father has been bringing up the son by himself while the mother has had custody of their daughter. Sixteen years later the mother passes away and the brother and sister meet again. The brother has a crush on his sister and rebels against the father, who copes poorly with the situation.

Bad Family, the third feature film by Finnish filmmaker Aleksi Salmenperä screened yesterday in the Panorama Special sidebar of Berlinale, is a well-rounded study of parental and teenage conflict...

Jörn Donner is to make a biopic of Armi Ratia, one of Finland’s most famous female entrepreneurs, who died in 1979

Budapest’s Titanic International Film Festival saw its budget drop by over 30% just two weeks away from the opening of its 18th edition, when the Hungarian State suddenly cut the funding it had...

Philippe Claudel’s Tous les Soleils (“All the Suns”), starring Stefano Accorsi, is being launched today by UGC Distribution in almost 350 theatres. It is the main attraction among this Wednesday’s...

Karukoski on a glorious Odyssey at Jussis

With the aim of increasing the awareness of European films and talent in Italy, European Film Promotion (EFP) will be bringing three Shooting Stars 2010 to the International Rome Film Festival...

Oslo-based Nordisk Film & TV Fond has given out 44 grants to international distributors towards the theatrical release of 19 Nordic films outside Scandinavia. The grants are part of the first... 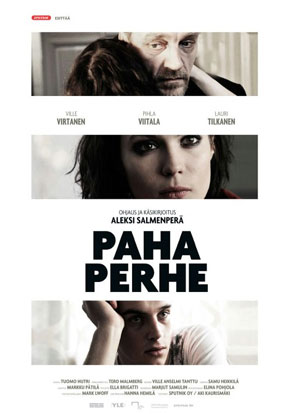