The unparalleled success story of the Maharishi Mahesh Yogi began in the Himalayas. With the aim of spreading his meditation practice and, in a bid to attain world peace, this Indian guru travelled to Hollywood at the end of the fifties where he secured a great many prominent followers including, later on, the Beatles, Mia Farrow and Clint Eastwood. Today, almost six million people all over the world practice transcendental meditation (TM). David, a young filmmaker in search of inspiration, also decides to try this method of meditation – after all, his idol, director David Lynch, has assured him personally that TM is a source of creativity and the key to success.

more about: David Wants to Fly

Strong German films and a vast range of co-productions have been selected for the Göteborg International Film Festival, which will take place from January 28 -February 7 in Sweden’s second largest...

The 23rd International Documentary Film Festival Amsterdam (IDFA), which opens tonight and will run until November 23, will present a total of 32 documentaries produced or co-produced by German...

Berlin, Albanian make it to Moscow

The 32nd Moscow International Film Festival, which kicked off last week and runs through June 26, features a number of German (co)productions among its various programmes. Matti Geschonnek’s... 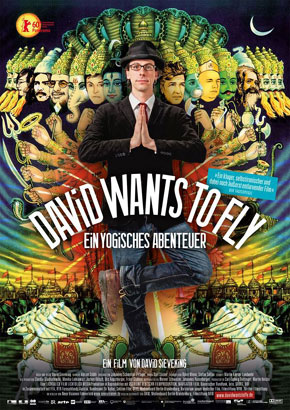