In a French bourgeois province in 1977, Suzanne is the submissive wife of rich industrialist Robert Pujol, who runs his umbrella factory with an iron hand and turns out to be just as nasty and tyrannical with his workers as he is with his mistress, children and “trophy” wife. After the workers go on strike and hold Robert captive, Suzanne ends up managing the factory, instead of her husband, who is disowned by the staff. Distressed and in poor health, Robert goes away for a while and, to the surprise of most, Suzanne proves to be an assertive woman of action. With the help of the communist deputy, her former lover Maurice Babin, she puts an end to the strike, gets the factory running again and improves the employees’ working conditions. But when Robert returns from his trip in good health, the situation gets complicated. From Pierre Barillet and Jean-Pierre Grédy’s eponymous play.

Which French films could be duking it out for the Golden Lion?

Could Benoît Jacquot and François Ozon be in the running for the Golden Lion?

Mars bets on Young and Beautiful

Full House hedges its bets on The Brotherhood of Tears 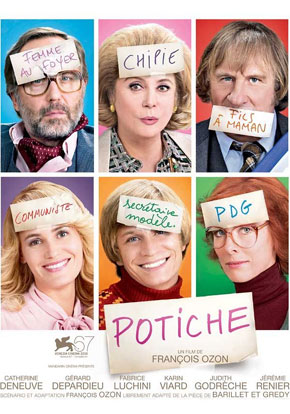