Overburdened young parents Clémentine and Sébastien are caught between their work and their children. Marie-France, Sébastien’s mother, moves in with them. She has discovered that her husband, Henri, has been cheating on her and that his mistress is expecting a child. Feeling devastated, at her son’s house she behaves like a crisis-stricken teenager, undermining the young couple’s authority and morale. The birth of Sébastien’s little brother, and the blissful euphoria that this late fatherhood elicits in his father, really upsets minds and generational order...

Mandarin and Rezo bet on Maestro by Léa Fazer

The cast features Pio Marmaï as a young actor on the set of a great filmmaker, a character inspired by Eric Rohmer and played by Michael Lonsdale

On October 31, shooting will start on the sentimental comedy Family Matters, Nick Quinn's first feature film, which will see seasoned actors Pierre Arditi (who was lauded last year in Ensemble...

Filming is due to begin in July on Franco-Swiss film-maker Léa Fazer’s fourth feature, Cookie. After Welcome to Switzerland which had opened Un Certain Regard (A Particular Outlook) at the Cannes... 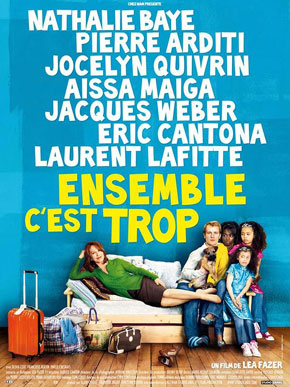