Milana tells us what happened to her 60 years ago in 2009… A pupil in a primary school in Paris and originally from Chechnya, Milana is threatened with deportation. Her friends swear to do all they can to stay together ... The film’s charming acknowledgement of the secret hideouts, notes, codes, and communications introduce a 21st century childhood founded on a social and political conflict, where the young gang's sense of play cannot be separated from their sense of camaraderie and resistance.

more about: Hands Up

The eighth edition of the festival will take place from 4 to 10 April with 30 titles and a focus on Arnaud Desplechin, before moving on to Turin, Milan, Naples, Palermo, Florence and Bologna

The filmmaker is also part of the cast with Marina Hands, Valeria Bruni-Tedeschi, Noémie Lvovsky and Jackie Berroyer. A Films du Losange production

Kicking off today is the 16th Rendez-Vous With French Cinema organised in New York by Unifrance and the Lincoln Center Film Society. Opening with a screening of François Ozon’s Potiche (to be...

The director speaks of his personal choice to tell a story of social exclusion.

Awarded, rather like the Golden Globes, to the best artists of French and Francophone cinema by foreign journalists based in Paris, the 16th Lumière Awards will be presented on January 14....

Politics, an art much reviled nowadays, is the focal point of the programme at one of Spain’s most original and interesting film festivals. Despite the excessive number of film-related events, the...

Children plot against deportation in Hands Up 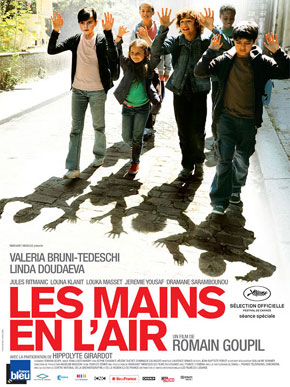