Occupation time. A young woman, whose husband disappeared during the war, takes care of an abandoned Jewish girl. The presence of the girl in Joanna’s apartment is the source of constant fear. Soon, the woman is the victim of denunciation. During an inspection a German officer becomes interested in Joanna and discovers her secret. To save the child, she gets into a "romance" with the German.

Plus Camerimage focuses on cinematographers

Fifteen feature films will battle over the Golden Frog of the official competition of the Plus Camerimage festival, an international event dedicated to directors of photography which starts...

Twelve European films, all national premieres, are taking part in the Europacinema 2011 festival’s competition, taking place in Viareggio from October 9-16. It’s an edition that will also pay...

The Polish Market titles, Made in Poland, Venice and Joanna, are being sold for the Czech Republic, Slovakia and Hungary to a new pay TV channel, launching in November, by the Film Europe Media...

Although the 35th Gdynia Polish Film Festival (see news) is full of films by young directors (see news), the official competition also includes a host of new titles by renowned directors. Among... 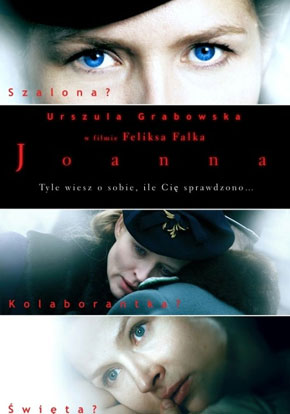