A bicycle found in a wheat field. A missing teenager. Is history repeating itself? 23 years ago, a young girl named Pia was raped and murdered at this exact spot. Has the same happened again to 13-year-old Sinikka? Krischan, the retired detective who led the first investigation, is convinced there is a connection between the two crimes. 23 years ago, his efforts to capture the killer were unsuccessful; this time he and his younger colleague are determined to bring him to justice. An agonising period of waiting and uncertainty begins for Sinikka’s parents.

more about: The Silence

A Hollywood head on German shoulders

The very discreet Swiss director established in Berlin, Baran bo Odar, tells us about his latest film, Who am I – No System is Safe, released last September in Germany

During its fifth sitting for 2011, German Films' Distribution Support committee awarded 21 theatrical campaigns for the release of German films abroad a total of €134,000. The committee decided to...

Europe takes half of TIFF competition

Yesterday evening, the Transylvania International Film Festival revealed the 12 titles vying for its Transylvania Trophy. Dedicated by tradition to first and second feature films, the line-up is...

A businessman who wants to embody a modern, uninhibited capitalism agrees to be shadowed and captured on camera by a political journalist in French/Belgian co-production Michel G, King of the...

Bullhead picks up Jury and Critics’ Prizes at Beaune 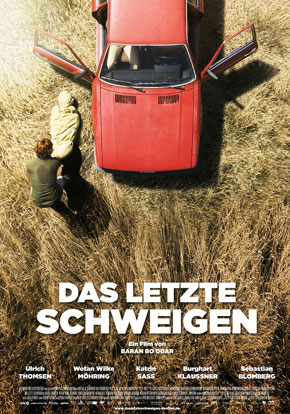