A group of adventurers undertakes to carry out a heist in a gold mine in the heart of Guyana. But the operation doesn't go as planned and, during their escape, their helicopter must make a crash landing in the jungle. They've got their hands on six hundred kilos of gold... but must now carry it on their backs through a very hostile environment. The loot becomes a burden. The six runaways (four men, two women) go deeper and deeper into the jungle. The climate, insects, fatigue, threat of people tracking them down... everything conspires to make their long march impossible. It seems like the forest must close in on them. And the group's cohesion is continually eroded by gold fever...

Cancer, black humour in Blier’s The Clink of Ice

Selected as opening film for Venice Days (September 1-11) at the 67th Venice Film Festival, Bertrand Blier’s The Clink of Ice (see news) is being launched in France today by Wild Bunch... 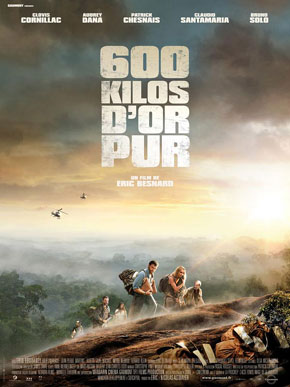