Marino Pacileo, known as “Gorbaciof“ due to the prominent birthmark on his forehead, is an accountant at Poggioreale Prison in Naples. Pacileo, silent and shy, has only one passion in life: poker. He’s in love with a Chinese girl called Lila and when he discovers that her father can’t pay a debt incurred at the card table, Pacileo steals the money from the prison coffers and gives it to the girl. From that moment on, between losing games, collecting backhanders and committing robberies, he sets out on a slippery slope from which there is no turning back.

Dangerous spiral for a prison warder caught in a trap of poker and love. A perfect role for a brilliant actor in a film which won acclaim at the 2010 Venice Mostra

Interview with the Neapolitan director who talks about the genesis of his sixth feature Gorbaciof, and describes his influences and quest for an unadorned style

The first work by Naples’ Joseph Troia marks a brave and original debut, shored up by convincing performances, watertight writing and an attentive directorial approach

600 theatres for Aldo, Giovanni and Giacomo

Scandinavian, Italian, Catalan films among others in the 23rd edition of the festival directed by Giorgio Gosetti and Marina Fabbri. Guests include Henning Mankell, who is being given the Raymond...

War of the Buttons: round one 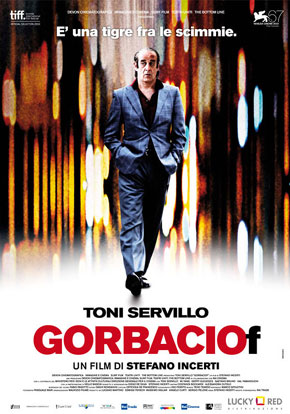