When the deafening rattle of war dies away, we see Stevo, scared, running about the field where traces of warfare can be seen and where his house, likewise badly damaged, stands. He is left alone with his daughter Dunja and son Small as his wife has been hit by one of the grenades. When it seems that the worst is over, a terrible rumble can be heard from a distance and keeps nearing the house as a threat. Stevo discovers, confused, that the vehicle which stopped in front of the house is not a killing machine but a rather unusual vehicle of Circus Fantasticus. Getting know of the group of bizarre but utterly human characters changes the life of Stevo and his children, and they join the circus caravan which sets off on a new journey.

“If I’d not had Maruša Majer, I would not have been able to make Ivan”

Cineuropa sat down with Janez Burger at the Zagreb Film Festival to talk about his newest feature, Ivan

Ivan: Tough questions about whom we love the most

Producers on the Move 2015 - Slovenia

Slovenia's Miha Černec became a producer and the general manager of Staragara in 2011, after having already been involved in documentary film production

The Slovenian Film Centre has announced the results of its 2011 public competition for funding of film projects. These include projects by award-winning Nejc Gazvoda (A Trip) and Vinko...

Jan Cvitkovič's Archeo won awards for best film, director and cinematography at the Festival of Slovenian Film (see the news). It has no dialogue and in this respect resembles last year's big...

The European Film Academy and EFA Productions have announced the titles of the 45 films on this year’s selection list, which are those recommended for a European Film Awards 2011 nomination. In...

As If I Am Not There leads IFTA nominations

Juanita Wilson’s As If I Am Not There leads the nominations for the 8th annual Irish Film and Television Awards (IFTA) awards with six nods. Ian Power’s The Runway and Conor McDermottroe’s... 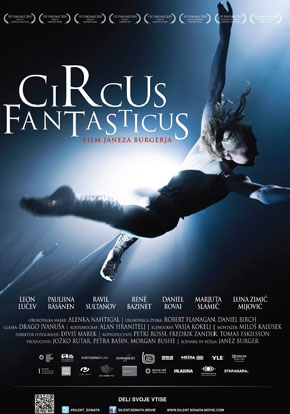