Based on the true story of Queen Elizabeth II's father and his remarkable friendship with eccentric speech therapist Lionel Logue. As the second son of George V, Prince Albert was not expected to become King, but when his brother, David chose to abdicate in order to marry Wallis Simpson, Bertie succeeded him and in 1936 was crowned King George VI. Thrust into the international spotlight, Lionel Logue helped him find a voice with which to lead the nation.

"The pandemic has accelerated the implantation of platforms and VOD releases, but there is nothing like the cinema experience" 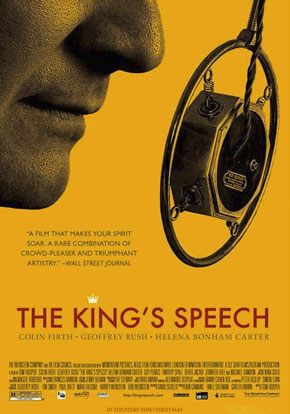