During World War II there were fifty thousand prisoners of war in The United States of America. On the eighth of September 1943 the King of Italy declared the signed armistice with the Allied Forces. As a result the American administration asked the Italian prisoners to accept the King’s decision. Those who refused were detained at the Hereford Internment Camp in Texas.
Luigi Manin (Luca Zingaretti) is one of fifty thousand Italian prisoners of war in the United States of America who, six months after the end of the conflict, is still held at the Hereford Camp in Texas; after numerous attempts at escaping he manages to pass a few days outside the camp, but when he is brought back to the camp by a patrol force the camp has already been evacuated.

more about: The Good War 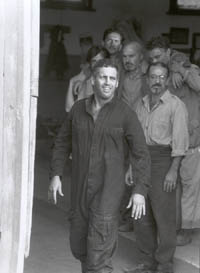 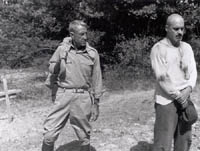