Alberto Brogini is a successful businessman. A high-ranking executive at a large company, he is married to the beautiful Sabina with whom he has an adolescent daughter, Sandra. After many years of sacrifice, he has just finished remodelling his new house and is about to go away on an extremely well-deserved holiday. To celebrate the occasion, he has rented out an entire tropical island. Unbeknownst to him, however, Sabina is fed up with her work-obsessed husband, and she is contemplating divorce; Sandra, meanwhile, rejects her parents’ snobbish and power-obsessed values.
During a business lunch to celebrate the closure of an important business deal, Alberto’s credit card does not work. He is not overly concerned, but when he goes to the bank to investigate, he finds that his financial consultant did not make a long-awaited deposit. The following day, whilst his wife and daughter are packing their bags, Alberto goes to his consultant’s office and discovers that he has run off with all of Alberto’s savings. Distraught, he does not know how to inform his family that they do not have a penny to their name and thus cannot leave for vacation. After a series of both bold and pathetic attempts, he finally manages to tell them, but they are already at the airport. The two woman cannot take it any longer and leave him.
Each goes his separate way to take refuge in the homes of various friends and relatives, but since it is August and everybody is on holiday, they all find themselves having to return to their own house. To protect their reputation with their neighbours and in particular with Mattioli, Alberto’s colleague and friend who lives next door, the couple decide to spend the two weeks locked in their cellar so no one will know of their not being able to leave town.
This situation obviously does not help to improve the tension within the family, but this is no time to bear grudges since staying enclosed in one’s own house is not an easy task. They must avoid a series of interruptions resulting in hilarious circumstances: the neighbour’s nosy son, the dog that recognises them, the friends that pass by, a flood and even a fire.
When the exhausted, hungry and humiliated Broginis are about to give in and step foot outside, Alberto realises that Mattioli is making a play to take over his job. After inviting the president of the company over to his house for dinner, Mattioli proposes that he entrust him with chairing the shareholders’ meeting, which in normal circumstances is Alberto’s responsibility. The Broginis, now working in unison, invent as many comical disruptions as possible to ensure that they ruin the dinner, yet Mattioli still secures the deal. He, however, does not manage to draft a copy of a necessary document and so, inasmuch as he has a pair of keys to the Broginis’ house, he takes advantage of the situation to snoop in Alberto’s computer, where he finds the document already perfectly prepared. Whilst stealing it, the neighbour’s dog takes him by surprise, and in the attempt to grab the animal to keep it quiet, Mattioli destroys his colleague’s brand new house.
Alberto, with the help of his wife and daughter, organises his revenge, which, through a series of hysterical and unpredictable schemes, brings chaos to the otherwise calm bourgeois neighbourhood.
The Broginis break into Mattioli’s house and tamper with the document for the shareholders’ meeting so as to ensure that Mattioli ruin his reputation with the shareholders.
Alberto, despite having lost his house in a fire, finally regains the affection of his family. With the insurance money, the Broginis can now start a new life and finally go on holiday!

Four years after Tu la conosci Claudia?, and after the experiment Anplagghed (the film adaptation of their successful theatre show), comic trio Aldo, Giovanni and Giacomo are back in cinemas – as... 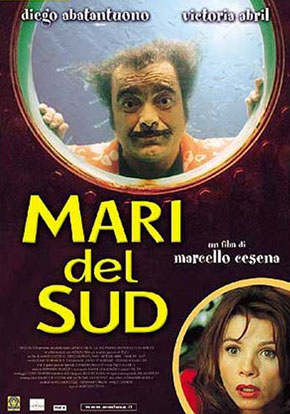 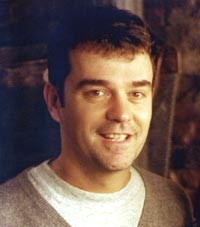