La Rentrée is the story of the troubled life of a boxer called Mario Gibellini called the dancer. It is told in twelve episodes as though it were an actual boxing match and narrates the most significant occurrences in Gibellini’s life.
Following his release from jail Gibellini returns to his everyday life and friends but dreams of returning to the boxing ring. He does not consider himself to be too old, at forty, as he has always kept fit, even in prison, but has a hard time convincing others that he is capable of achieving the same results as another forty-year old, George Foreman. In the meantime he turns to petty crime to make a living. Mario betrays his beloved wife and his friends especially the man who gives him a chance by offering him a proper job and he returns to the ring, the one place he has ever felt belonged to him. 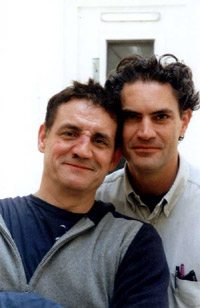