THE PROFESSION OF ARMS

"Today, November 24, 1526, Captain Joanni de' Medici and his men overtook the German mercenaries, the Lanschenets, before they could cross the Po river, and assaulted them so violently that they inflicted grave losses on the enemy."
The Germans, under the command of General Zorzo Frundsberg, have swarmed into Italy with 15,000 foot soldiers, but they possess no artillery. Joanni de' Medici, captain of the feared Black Bands, is famed as a great leader in battle and an expert in the use of weapons. He is in the pay of Pope Clement VII.

more about: The Profession of Arms

A hundred years since the outbreak of World War I, maestro Ermanno Olmi describes his vision of a conflict that cost the lives of 16 million human beings

Lots of pirates, but little swashbuckling in Cantando dietro i paraventi. The film continues the theme of peace developed in The profession of arms

Lots of pirates, but little swashbuckling in Cantando dietro i paraventi, due for release in cinemas next Friday. The film continues the theme of peace developed in The profession of arms

Existing cultural links between France and Italy became even stronger following last Tuesday’s announcement by the French Embassy in Rome of the first Les Italiens festival. Scheduled to take run...

After a gap of several years, Italian cinema has returned to Singapore, a strategic point of entry to the all-important Asian market and one of the world’s pre-eminent distribution circuits that...

Iran came to Malaysia and won. During a gala event organised in one of Kuala Lumpur’s most luxurious hotels, His Majesty, King Yang Di-Pertuan Agong XII presented the winners of the first World...

Cinema is the universal language of Europe and the World. 16 February saw the opening of the first-ever World Film Festival in Kuala Lumpur, Malaysia. The event is dedicated to peace and...

The minutes of the first Kuala Lumpur World Film Festival 2003

50 films about peace and non-violence showcased at the first World Film Festival of Kuala Lumpur, Malaysia, with actors, producers and directors from 38 countries. 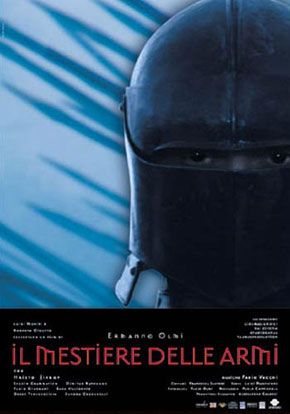