“You’re such a cutie… You can live here with us forever if you want…” Little do Paul and Edith Guetz know that this effusive declaration to their baby in his cot will prove to be prophetic. 28 years later, and Tanguy is still at home. He’s brilliant (holds a degree in philosophy, Japanese and is finishing off a thesis in Chinese), charming (everyone loves him), attractive (apart from his fiancée Marguerite, Paul and Edith can’t keep up with the number of women he brings home) and just loves living with his parents. Although Paul is the first to joke about the situation and their “big baby”, all appears to be harmonious at the Guetz’s place. On the surface at least. In fact, Edith can no longer stand Tanguy.

Etienne Chatiliez shooting Tanguy is Back

The filmmaker is reuniting with André Dussollier, Sabine Azéma and Eric Berger for the sequel to his 2001 hit, which is being produced by Nac Films and sold by SND

European films alternate between laughter and tears this week. On the comedy side, Etienne Chatilliez’s highly anticipated Agathe Cléry is hitting screens. The story is simple but jarring, very...

A tidal wave of 16 new releases hits French theatres today, including ten French features that risk “cannibalising” each other. This situation may, in the long-term, lead disappointed distributors...

Etienne Chatiliez has started filming in Paris on one of the most important French productions of the year, Agathe Cléry, a musical comedy starring Valerie Lemercier (2007 Cesar for Best...

French participation at this year’s MIFED (November 9-13) beats all records, thanks to the 20 companies that will be attending the market in Milan. And their portfolios of films already ready or...

January 2003 saw a 14.1 per cent drop in French film attendance at home with respect to the same month last year. According to a report published on 17 February by the CNC, a total of 14.2 million...

Spate of US remakes 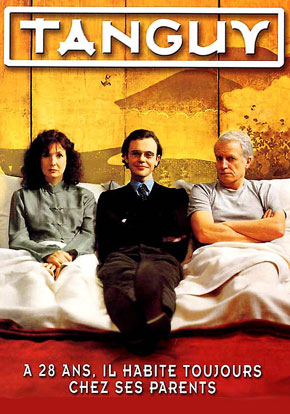