After two years of military service in North Africa ex-sergeant Georges Duroy is now living an impoverished existence in Paris. Willing to do anything to escape his grubby room in the suburbs and, increasingly unscrupulous, he mercilessly exploits influential comrades-in-arms and wealthy women to work his way up the social ladder and into the late nineteenth-century capital’s chicest urbane circles. Sanguine and calculating, he storms bastions of power in the speculative colonial stock-market meanwhile indulging in amorous adventures in the luxurious establishments of the nouveau riche. Paris it seems has been waiting for a man of such dubious political, moral and erotic pursuits …

Bel Ami: a great hommage to Maupassant’s boldness and modernity

MEDIA Info Day at the Berlinale

All the films in competition in Berlin 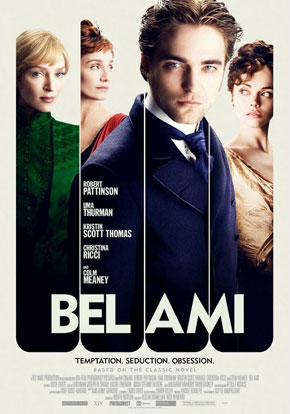