Rome in the 4th century B.C. The citizens are in a mutinous mood. The rich are hoarding grain, the poor are starving and rebellion is in the air. One of the main targets of the general malcontent is Caius Martius, a haughty general who makes no secret of his disdain for plebeians. The Volscians begin to gather before the city, and the situation becomes critical. Their leader is Tullus Aufidius, a formidable military commander and arch-enemy of Caius Martius. A decisive battle takes place near the town of Corioles; thanks to the personal valour of General Caius Martius, the Roman army emerges victorious. His bravery earns him the epithet ‘Coriolanus’ – the one who liberated Corioles.

Macedonia sends The Liberation of Skopje to the Oscars

Dejan Zečević's The Rift launches in Serbia and Slovenia

Serbia sends Depth Two and Humidity to the Forum

Next to Me: A socially engaged arthouse crowd-pleaser?

“As an actor you often sort of direct yourself anyway” 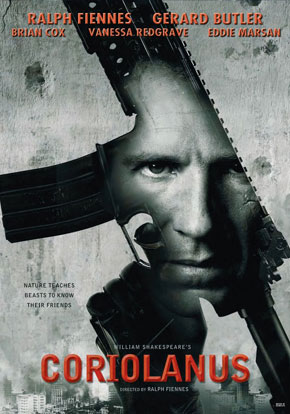