Vienna in the 1930s. Victor Kaufmann, the son of a wealthy cosmopolitan Jewish couple, works in his father’s art gallery. His best friend whom he has known since childhood and from whom he is inseparable, is Rudi Smekal. Victor’s girlfriend, the attractive and vibrant Lena, is also a friend of Rudi’s. In a moment of exuberance Victor shows his friend a well-kept family secret: a drawing by Michelangelo that was believed lost. It comes as a terrible shock to Victor to learn that Rudi has long been a member of the Nazi party and is hoping that Austria’s annexation to Germany will improve his career chances with the Nazis. Having missed the right moment to flee Austria, the Kaufmanns are now stuck in Vienna. They transfer their estate to Lena in an attempt to protect it from being confiscated. Having bragged about the Michelangelo drawing, Rudi receives an order from Berlin to seize the art work. In order to save his old friends, Rudi suggests a deal: the drawing in exchange for the Kauf manns’ freedom.

more about: My Best Enemy

On October 6, the German Culture Ministry and its minister Bernd Neumann granted their annual Distribution Awards, worth €75,000 each, to Munich-based company Movienet Film as well as Berlin-based...

Twelve European films, all national premieres, are taking part in the Europacinema 2011 festival’s competition, taking place in Viareggio from October 9-16. It’s an edition that will also pay...

Munich-based international seller Beta Cinema will take the German hit of the year to Cannes: Kokowääh, by and starring Til Schweiger as a father who has to take care of a little daughter he...

The Fatherless sweeps the Diagonale 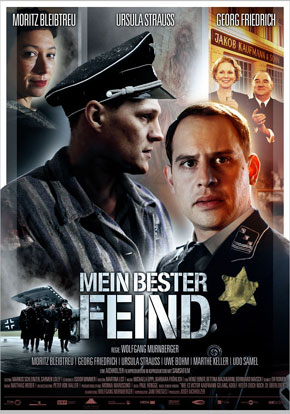