France, a factory worker, lives with her three daughters in Dunkirk, in northern France. The factory she worked at has closed, leaving France and all of her workmates without a job. She decides to go to Paris to look for work. She enrols in a training course to become a cleaner and soon finds a job at the home of a man whose world is radically different from her own. The man, named Steve, is a successful trader working between the City of London and the Defense district of Paris. These two individuals' paths cross, bringing France in contact with people who live a life of luxury, until she discovers that this attractive and likeable man is partly responsible for the closure of the factory where she used to work.

SND counting on success with The Informant

Based on a true story and adapted from a novel written by Marc Fiévet, who is sent by the French Customs department to infiltrate the drug traffickers in Gibraltar, then left to his fate by the...

Viard shines in On Air

After notching up roles in François Ozon’s Potiche, Dany Boon’s Nothing To Declare, Cédric Klapisch’s My Piece of the Pie and Maïwenn’s Poliss, Karin Viard returns to screens today with a shining...

The winners of 2011: Untouchable and the rest

While the 2010 audience figure record (206.3m admissions, i.e. the best score since 1968) is about to be broken, it’s time to take stock of the box-office results for films released this year in...

Men in the City is back, alongside other new releases

After the success of Men in the City in 2009 (which drew over 2m German viewers), actor-director Simon Verhoeven, son of Senta Bergeret and Michael Verhoeven, focuses his camera once again on his...

Shooting started yesterday on Pauline Détective, the third feature by Marc Fitoussi after The Artist’s Life (2007) and Copacabana (unveiled in Cannes Critics’ Week 2010). This detective comedy...

At the start of September, British and German distribution companies Optimum Releasing and Kinowelt will take the name of their parent company: French group StudioCanal. For StudioCanal CEO...

The Hideaways in world premiere at Tribeca 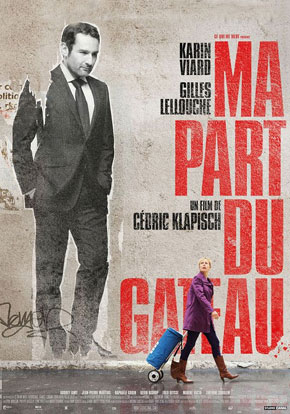