THE FLOWER OF EVIL

If time exists, can guilt – like some illnesses – be passed down from generation to generation? Can a sin that hasn’t been expiated have an effect on the guilty party and his or her descendents? At the end of the Second World War, and its concomitant settling of scores among collaborators, a woman will be acquitted of a crime that she committed.
The film takes place in the present day, during the last municipal elections when another crime will be committed. Who is guilty? The person who commits the crime or the person who takes the blame for it? And what if time didn’t exist?

more about: The Flower of Evil

A historic figure of the New Wave and one of France’s most famous directors of the last 50 years, Claude Chabrol died on Sunday aged 80. Echoed on the front pages of the national media, tributes...

After the success of his documentary Terror’s Adovate, which screened in May at the Cannes Film Festival (see article), Barbet Schroeder is returning to features, with principal photography...

Stanford White, the Manhattan architect famous for having designed Madison Square Garden at the end of the 19th century, was murdered in 1906 by a millionaire playboy, the husband of his ex-lover...

The Italian Job : 70 professionals in Rome

The cream of producers, distributors and sales people from the French film industry who make up the delegation led by Unifrance and the CNC will take part next Thursday and Friday at...

Light hearted films have won out. It was also the year that saw a resurgence for European cinema, with films like Taxi 3, Chouchou & Good-Bye Lenin!. This is what tickled the audience’s fancy

The 12th edition of the French Film Festival is currently taking place in seven venues across the UK, with special appearances of top French directors and talent like Alain Corneau, Jean Becker,...

9 unpublished films shown at Burg Kino from September 26. 5 of these will soon be out on release. The distributor Cinestar continues its promotion of French cinema

French gems at the festival

Rivette, Chabrol, Ozon, Chéreau..., the most prestigious names in French production will be appearing on the programme for the 51st edition of the San Sebastian Festival, which is taking place in...

The unsavoury underbelly of the Middle Class 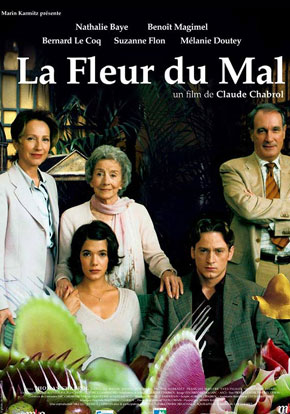