Francois lives a skillfully controlled, well managed life, in Bloemfontein, South Africa. Father of two daughters and a devoted husband, he is wholly unprepared when a chance encounter unravels his clean and ordered existence. 23-year-old Christian is the son of a long lost friend. By all accounts he is the personification of a handsome young man in the prime of his life. Francois is so disarmed by the young man that it instantly ignites within him an all consuming infatuation and misplaced lust. Despite his careful concealed disgust for himself, Francois pours out the lost emotions he has despised all his life in what becomes a desperate attempt at taking from the world that which he has always secretly wanted: Happiness.

UDI on course for Venice and Toronto

The Parisian company is notably handling sales for French co-production The Endless River by Oliver Hermanus, which is in the running for the Golden Lion

Among the six French projects selected are the next films by Michel Leclerc, Oliver Hermanus and Stéphane Robelin

Host of German (co)productions in Lisbon

IndieLisboa is exploring what current German directors have to say

A Golden Bear and plenty of suspense

There were mixed results for audience figures for French films in foreign theatres in 2011 according to estimated figures revealed by UniFrance (news). Admissions were up by 10% compared to 2010...

This week, shooting started in Japan on the new film by Iranian master Abbas Kiarostami (pictured), The End, which is one of the jewels in MK2 International’s line-up at the American Film Market...

Play It Like Godard: the tribulations of a young, gifted filmmaker 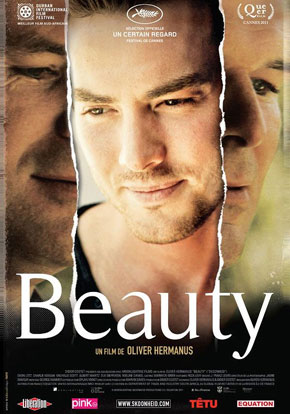