One day of October 1971, Michel Debré, the Minister of Defence, decides to enlarge the military camp of the Larzac. With no prior dialogue with the farmers, he intends to extend the military camp from 3.000 to 14.000 hectares. From his office in Paris, he states: « We choose the Larzac as it is a deprived land. » He had no idea then that he sets an unanimous wave of protestations. An amazing struggle starts, that will last for ten years until the elections for Presidency in 1981, when France has chosen, for the first time in this regime, a left wing president, François Mitterrand.

La Fête est finie: The party's over for Zita Hanrot and Clémence Boisnard

The two young actresses are among the cast of Marie Garel Weiss' directorial feature debut; Pyramide will be in charge of selling this Elzévir production

Filming in progress for the first feature by trio Marie Amachoukeli, Claire Burger and Samuel Theis, produced by Elzévir Films

"Maintaining a direct relationship with the public"

Corsican mafia and gangs from Marseille for De guerre lasse

MyFrenchFilmFestival, a pioneer in new territories

An exciting selection for the third online festival organised by Unifrance from January 17. iTunes is now one of the festival’s partner platforms

Michel Hazanavicus' film was king of the César ceremony with six awards, but Omar Sy surprised everyone by winning Best Actor

The Artist sweeps the Golden Stars 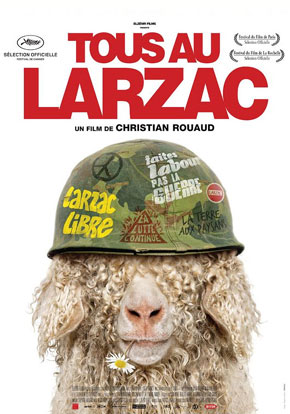